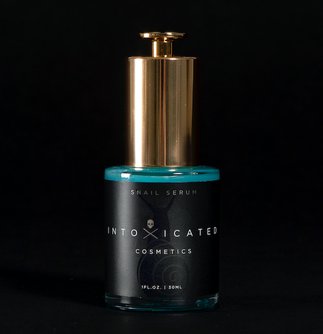 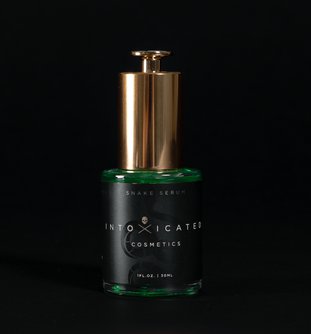 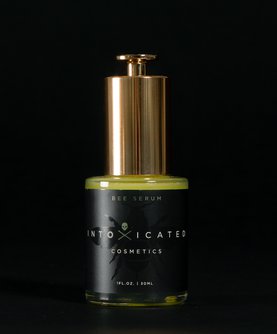 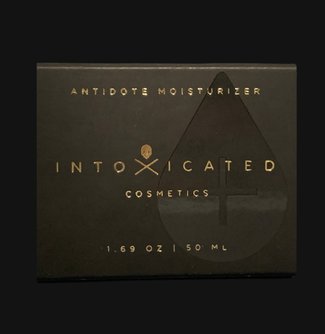 Whether you've been sampling serums or braving Botox, Intoxicated Cosmetics has a new middle ground solution to your frustrating anti-aging and beauty routine. Intoxicated Cosmetics serums contain formulas based on ectothermic animal venom, plant-based stem cells, a number of active biomimetic peptides and natural ingredients, in an effort to bridge the gap between topical serums and injectable solutions.

Each of the venom-based actives in our serums help to improve circulation, hydrate skin, and stimulate collagen and elastin reproduction in your skin, leaving you with a smooth, toned, and glowing complexion. In addition to the benefits provided by their venom-based actives, each of our serums contain a unique blend of plant-based ingredients and antioxidants to target your individual skin type and needs.

Based on prevention, treatment stage, and skin type, our serums bring you nature's best kept beauty secrets without harming any of the creatures that inspired our products. They're science, they're nature, and they're sexy.

In 2013, had just moved to New York City with her then boyfriend, soon after she found out her father had just been diagnosed with stage 4 cancer.

Moving to a new city during a time where she felt she needed to be around the people who loved her was tough. In October of 2013, Rachel went to visit her father at Sloan Kettering where he was being treated and received news that he wasn’t going to make it. Painfully devastated with the news of her father’s prognosis, Rachel researched alternative methods of treating cancer. Having done hours of extensive research, Rachel stumbled upon Bee Venom. Bee venom contains one of the only naturally occurring chemical compounds known to man that is able to break into disease wall barriers such as HIV and cancer. It doesn’t necessarily cure these diseases, but the idea intrigued her.

When Rachel finally mustered the energy to unpack her belongings in her new apartment and do something about her appearance after a bad breakup, she decided to go to Sephora for some retail therapy. When Rachel asked the associate there for the best anti-aging serum they had, she responded with one word- “Botox”. Furious with her response, Rachel went home that day, and remembered some of her earlier findings on bee venom. She recalled that bee venom contained antimicrobial properties that could help treat acne and slightly mimic the effects of Botox by inhibiting muscle contractions, reproducing collagen, and elastin in your skin.

Driven by her findings, Rachel moved back to Boston and went back to school to become an aesthetician in hopes of understanding skin care even further. She then graduated and applied for a job at a medical spa. During her time working at a med-spa, Rachel got promoted 3 times within a 3 year span. She then created a business plan, found mentors and took hundreds of pages of notes in hopes of making her vision a reality.

Having been so determined yet apprehensive about what she was doing, Rachel read a quote that said, “When you want to climb a mountain, do not look at the top. You will want to quit. Instead, look at the footing in front of you, and before you know it, you will be there”

Before she knew it Rachel had an EIN, a lab, formulas, packaging, and a marketing concept. It took Rachel about a year and a half from the time that she officially started until she had Intoxicated Cosmetics first prototype.

Since its official launch in November 2019, Intoxicated Cosmetics has been featured in Forbes, British Vogue, NECN Boston's Beauty Beat, and BoxyCharm. They are also in over a dozen salons, spas, and boutiques across the country, and have grown their team by 400%. Intoxicated Cosmetics still works with their California based, family-owned, female-founded biochemical company and has recently launched their new Signature Moisturizer, Antidote, in May of 2021. 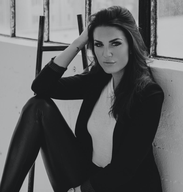 With a background in advertising and a passion for skincare and all things beauty, Rachel founded Intoxicated Cosmetics with the idea that injectables don't have to be the only anti-aging skincare solution on the market. Using unique and top of the line ingredients, Intoxicated Cosmetics was able to create completely custom formulas along with their US-based FDA regulated biochemical company. Rachel is also a licensed Esthetician in the state of Massachusetts.

Intoxicated Cosmetics
Venom-inspired, anti-aging products that give an alternative to invasive injections

You must be signed in as a media user to .
Sign Up today to interact with Intoxicated Cosmetics and hundreds of other media-ready brands.