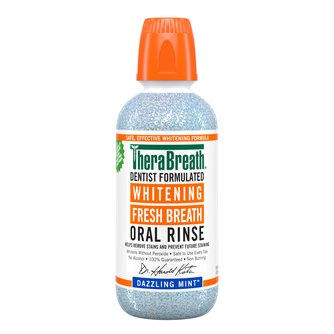 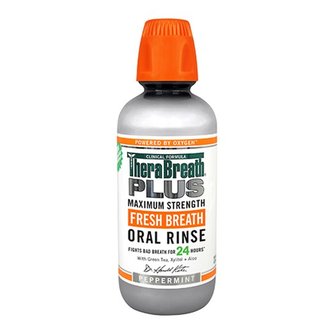 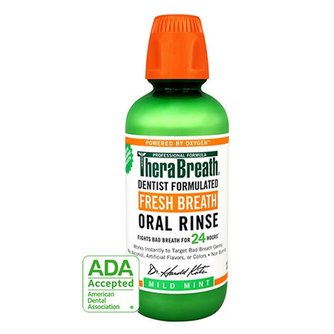 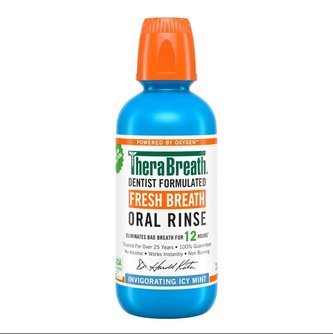 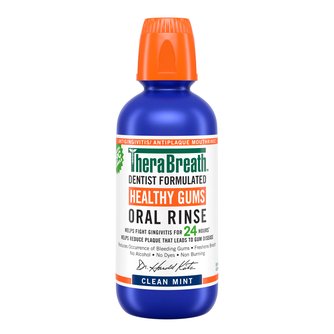 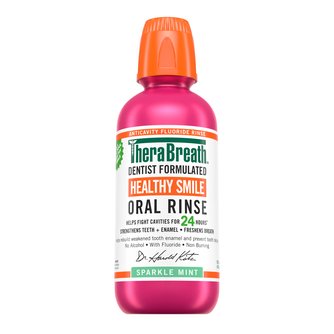 TheraBreath's founder, Dr. Harold Katz created this premium oral care system at the California Breath Clinics over 20 years ago. Since 1994, TheraBreath has become one of five largest oral care companies in the U.S. and the biggest privately held oral care manufacturer in America. Millions of people worldwide use TheraBreath products every day. When someone tries TheraBreath, they love it and continue to use it.

The original formula has been refined dozens of times to become the most complete oral care system available. TheraBreath products are revolutionary because they attack the germs that cause bad breath. TheraBreath doesn't mask bad breath with heavy flavors or powerful odors like other products on the market, it wipes bad breath away. TheraBreath has been proven effective at controlling these bacteria and the embarrassing odor they can cause.

Dr. Harold Katz is the founder of The California Breath Clinics and the developer of the TheraBreath line of premium oral care products. He is the internationally recognized expert in the fields of bad breath, taste disorders, tonsil stones and dry mouth. Known as the 'Bad Breath Guru' due to his numerous television appearances on shows like The View and the CBS Early Show, he has helped millions of people around the world neutralize their bad breath problems.

Dr. Katz is a graduate of the UCLA School of Dentistry and holder of a separate degree in Bacteriology, also from UCLA. In the 1970s he established a thriving dental practice in Beverly Hills, California, minutes from bustling 20th Century Fox Studios. There, he perfected his dental techniques while working with some of Hollywood's biggest stars.

Dr. Katz began his breakthrough research into the causes of bad breath in the early 1990s after he was unable to help his teenage daughter with her severe and chronic bad breath. Standard mouthwashes were making her breath more offensive and despite brushing and flossing several times a day, the problem persisted. Dr. Katz's background in bacteriology soon helped him to realize that bad breath did NOT come from the digestive system as some popular, highly advertised products were claiming at that time. Instead, Dr. Katz discovered that bad breath is caused by a group of sulfur producing bacteria which live and multiply within the tongue's surface and in the throat.

Armed with this newly discovered knowledge, Dr. Katz began to experiment with oral rinse and toothpaste formulas that would reduce the sulfur producing bacteria that cause bad breath. The resulting products were the beginning of the TheraBreath System. In 1993 he founded the internationally acclaimed California Breath Clinics where he treated and studied patients with chronic bad breath, taste disorders, tonsil stones and dry mouth issues. Clinical tests of Dr. Katz's patients, treated with TheraBreath, repeatedly resulted in a complete elimination of over 98% of the volatile sulfur compounds that cause bad breath.

In 2002, Dr. Katz published his breakthrough book, "The Bad Breath Bible", the definitive guide to the causes and solutions to prevent bad breath and taste disorders. It has proven to be wildly popular and is now in its second edition with over 1,000,000 copies in print and millions of downloads.

Since the introduction of TheraBreath products in 1994, no one has helped more people fight bad breath than Dr. Katz. Tens of thousands have been successfully treated through his California Breath Clinics and millions of people in 98 countries have used the TheraBreath System formulas to stop bad breath and regain their lost confidence.

HuffPost - Oct 20, 2022 19 Semi-Embarrassing Products You Can Buy Online So You Don't Have To Go To A Store And Face A Cashier "TheraBreath - Promising review: "TikTokers have done it again. This was one of the products on Amazon a person could not live without, stating all-day freshness. It's true — I cannot believe it. The taste isn't strong; it does not burn at all. It keeps my breath smelling fresh all day no matter what I eat. This brand will be a new staple in my bathroom and morning routine."
Health - Oct 19, 2022 The 10 Best Mouthwashes of 2022 "Our best overall pick, TheraBreath Fresh Breath Oral Rinse, meets almost every mouthwash need, including rebalancing the mouth’s pH and fighting plaque and gingivitis—all without alcohol."
InStyle - Oct 14, 2022 Shop 10 TikTok-Viral, Under-$25 Target Beauty Finds "This mouthwash has saved self-conscious breathers everywhere with its effective yet gentle formula that rids you of unwanted bad breath while removing stains in the process. TheraBreath offers a variety of products for a healthy smile to fresh breath, but TikTok users like @lizthebeautywiz, whose TheraBreath video received more than 2 million views, love this newer rinse for its whitening effects."
Dentistry Today - Sep 23, 2022 Teeth Stains - 10 Natural Ways to Fight Them From a Dental Expert - Dentistry Today "The National Coffee Association estimates that more than 62 percent of U.S. adults start their day with coffee. While millions love it, it’s not always the best for their teeth or breath. In response, many people turn to whitening treatments that include harsh, aggressive chemicals, powders, and detergents that can strip enamel, leaving teeth feeling sensitive and looking even worse in the long run. In time for National Coffee Day, September 29, Kent B. Lawson, D.D.S. shares his tips to fight teeth stains naturally and what ingredients to look for in products that promote a sparkling smile and fresh breath without having to give up that morning cup of joe."
Yahoo News - Sep 05, 2022 11 cult-fave beauty finds on sale for Labor Day "Designed specifically to fight sulfur-causing bacteria, TheraBreath rinse keeps you fresh for 24 hours when used as directed."
Dental Products Report - Aug 26, 2022 TheraBreath Releases Whitening Rinse "Oral care product manufacturer, TheraBreath, has released its new Whitening Fresh Breath Oral Rinse."
E! Online - Aug 04, 2022 19 Shower Caddy Essentials You Need for Your Dorm "TheraBreath Fresh Breath Dentist Formulated Oral Rinse, Mild Mint, 16 Ounce (Pack of 2) Fight bad breath with this rinse that is effective for over 12 hours, according to the brand."

You must be signed in as a media user to .
Sign Up today to interact with TheraBreath and hundreds of other media-ready brands.