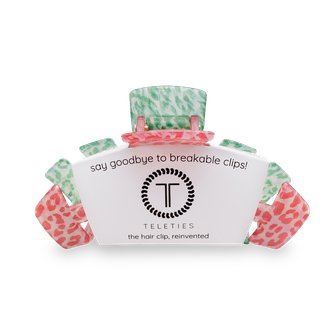 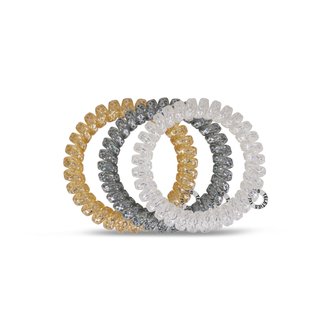 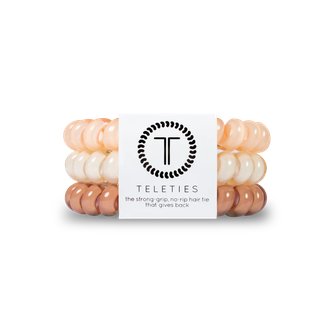 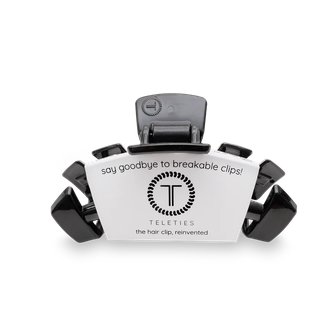 At TELETIES, they seek out everyday hair problems and solve them. Standard hair ties break, stretch out, rip hair, and give us headaches. This epiphany led TELETIES Founder Lindsay Muscato on a mission to create the perfect go-to hair accessory: the ultimate replacement to the traditional hair tie. Today, TELETIES is one of INC5000’s fastest-growing companies and a certified Women’s Business Enterprise best known for its innovative hair coils, patented Headbands and all-new bendable Clips. With each TELETIES purchase, a donation is made to FORCE, a non-profit organization improving the lives of those affected by hereditary cancers. Learn more: www.TELETIES.com.

Tired of hair ties performing poorly both on the soccer field and later on in life as a mom on the go, Founder Lindsay Muscato wanted to make hair ties that were not only functional, but fashionable and less damaging to hair. She conceptualized designs, researched materials, and tested prototype after prototype until she created the ultimate replacement to the traditional hair tie: TELETIES. A certified Women’s Business Enterprise (WBE) by the Women’s Business Enterprise National Council (WBENC), TELETIES ranked 397 on INC5000’s fastest-growing companies in the United States in 2021. With every TELETIES purchase, a donation is made to FORCE: Facing Our Risk of Cancer Empowered, a non-profit organization that improves the lives of those affected by hereditary cancers. Since 2017, TELETIES has donated more than $200,000 to the organization.

Hola - Dec 02, 2022 The best stocking stuffers
HOLA! US - Dec 02, 2022 The Best Stocking Stuffers for All the Women on Your List "Christmas is around the corner, and it’s time to start getting into the giving spirit! What’s more exciting than getting the perfect stocking stuffers for those we love?"
Consumer Queen - Nov 07, 2022 Stocking Stuffers Gift Guide 2022

TELETIES
The ultimate replacement to the traditional hair tie

You must be signed in as a media user to .
Sign Up today to interact with TELETIES and hundreds of other media-ready brands.