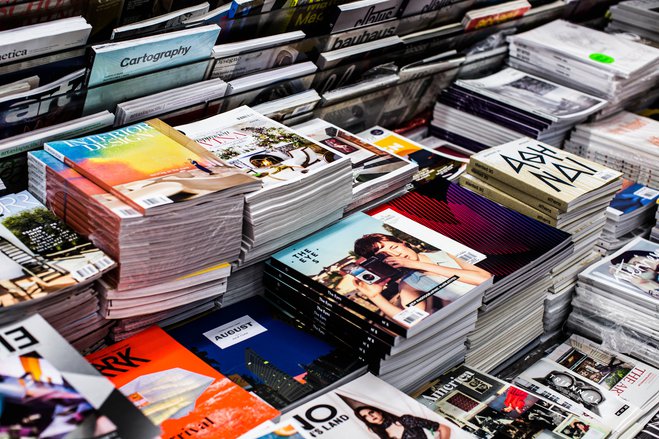 After you put your blood, sweat, and tears (as well as your hopes, dreams, and finances) into launching your big idea, chances are good that you can’t wait to share it with the world. Part of getting the word out about your new product is pitching members of the media. It can be overwhelming (not to mention confusing!) for emerging brands with little experience with this type of relationship-building to learn pitching best practices quickly. What’s the best email approach? What do you do when a writer wants to see your product in person without paying for it? Does that automatically mean you’ll be included in their story? How can you set yourself up for success?

Though it may be frustrating, it’s important to remember this simple truth: journalists can’t guarantee coverage. Ever. This means there may be times when you send out your beloved product and never see a story go live about it. If this seems like a significant risk to take, it’s essential to keep in mind that any positive interaction with a reporter, editor or writer sets you (and your brand) in the right direction. Instead of thinking of it as a tit-for-tat situation, consider product samples a worthwhile investment in your business.

As we continue further into gift guide season, educate yourself on a few of the reasons why journalists just simply can’t guarantee coverage:

Freelancers have zero control over publication.

At Press Hook, we’ve covered the differences between an editor and a freelance writer before (link here), but for a refresher, the process goes a little something like this:

...and then, like a publicist or a brand, they wait. Unlike editors who map out their editorial calendar, a journalist rarely knows when stories will go live. They also do not have control over the final edit of a story. This means you could send them your product, they could test it and love it, write about it, and the editor can decide to cut it from the final publication.

So, in summary? Journalists can’t guarantee coverage — nor can they promise the story will run at all. They are at the mercy of higher-ups, who can push stories back or shift the direction, according to Lindsey Smolan, the founder of VLIV Communications. “While journalists do their best to communicate with brands and publicists, they are sometimes as in the loop as we are of a story's status,” she continues. “A good journalist never promises coverage (just as a good publicist shouldn't!) because things happen that are out of their control.”

Or another way to think about it: lifestyle stories are scissors and news stories are rock in a game of Rock, Paper, Scissors. Rock always beats out scissors, no matter how many times you play the game.

As an example, media outlets of all shapes and sizes have covered the pandemic extensively, from the perspective of their industry. So if you’re pitching a travel product to a travel publication, you should know that they will hold a story rounding up gear to cover the news of the United States opening their borders to Europe after a long shutdown.

In general, your pitching best practices need to account for the ever-changing nature of media, according to Kosi Harris, the founder of Kosi Harris PR. “News outlets are around the clock to report the latest news distributing content frequently. A news day can significantly change where the story that was going to be published is delayed or even canceled because of the news cycle,” she warns.

The moral here? Have patience. Even if a writer or an editor says a story is going live on a specific date, it’s always subject to change.

Earned media is not paid media.

Earned media is not paid media. Repeat that: earned is different than paid, and as such, they carry different weights. Media outreach through public relations or brand efforts is not advertising, explains Chauniqua Major-Louis, the founder of Whatever's Good PR. So, unlike advertising, we cannot dictate what runs and when it runs. “This is one of the most common misunderstandings with a client who hires public relations support for the first time,” she continues. “They are often used to paying for ads and don’t understand the uncertainty that comes with PR.”

Major-Louis recommends a publicist speak with their client and explain that nothing is promised, a story may not run using the exact language they prefer, and a lack of coverage isn’t always due to a lack of effort. The same is true if a brand is pitching for itself: earned media takes time and isn’t an overnight success.

One of the most significant reasons journalists can’t guarantee coverage? It’s highly unethical to do so. To understand this, it’s important to remember that reporters build their name in the media industry by being a trusted resources. The goal for any writer is to be respected by their peers, editors, and of course, their audience. They'd be discredited if they were promising coverage left and right without discussing it with their editor. As Harris puts it, a journalist's job is looking for content that their audience is interested in, not posting content that a publicist or a brand asked them to cover. “Another way to think about it is that having a ‘guaranteed story’ ignores what the audience wants, which can, in turn, have a negative impact on a business and tarnish the reputation of a journalist,” she adds.

Journalists do not work for you.

Smolan says that journalists can't guarantee coverage because they do not work for you and your brand. They work for their publication! “Everything they feature must be viewed for the lens of serving the reader/audience, not the brand,” she continues. “If the client/product you're pitching doesn't make sense for the publication and won't serve the journalist's reader, they won't cover it.”

To help develop your pitching best practices, try to think like an editor and position the client as something useful that readers will care about. This will help you narrow down your outreach list, narrow your niche of reporters, and focus your efforts.

Many decades ago, print publications were thriving, and the dot-com bubble was just beginning to pop. Now, many magazines and newspapers have discontinued their print versions and doubled their online efforts. Even so, many are still struggling to pay their staff and see a profit. For better or for worse, this has forced many media conglomerates to rely heavily on advertising, affiliate marketing, and other revenue streams. Smolan says journalists can’t guarantee coverage because there will be times when an advertiser needs to take priority. As an example, she shares that if you were set to be featured in a ‘15 Lipsticks Under $15’ story as a newer brand, but an advertiser for the publication also works for the story, that brand might take precedence over the more emerging one. “Most journalists are also disappointed when this happens but are always aware that the possibility is there and won't guarantee coverage for this reason,” she adds.