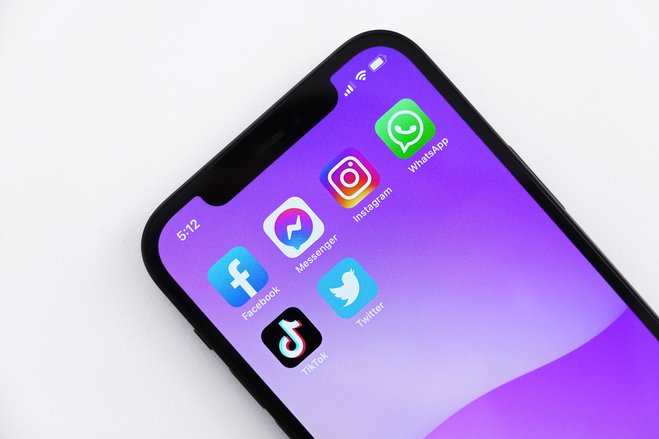 Social media is a vital brand strategy in today's digital age. Social media networks can help customers discover a brand and its products for the first time and keep customers connected to the brand, its message, and its developments over time. After all, 95 percent of individuals aged 18-34 who have an online presence follow one or more brands on social media. And nearly 40 percent of Americans aged 18-34 who are online have purchased something they saw on social media networks.

Shot on iPhone challenge from Apple

While many successful social media campaigns only run during a limited time period, others become long-lasting marketing techniques. Apple's "Shot on iPhone Challenge," which has been around for years, is the latter. The campaign began in 2014 and continues to this day. The premise of this brand strategy is straightforward: a user takes a photo or video with their iPhone and posts it on social media with the hashtag #ShotoniPhone.

Over the years, Apple created new challenges and exciting variations within the campaign to attract interest and increase participation. At one point, Apple even partnered with music megastars Lady Gaga and Selena Gomez to create music videos that were shot with Apple products and marketed with the hashtag as part of the challenge.

In January and February 2022, Apple challenged users with iPhone 13 Pro and iPhone 13 Pro Max smartphones specifically through this campaign. Owners of these smartphone models were asked to post pictures taken on their devices that demonstrate macro photography, which Apple noted involves turning "the ordinary into the extraordinary." Users were asked to take exceptional photos of commonplace objects and tag them with the hashtags #ShotoniPhone and #iPhonemacrochallenge for a chance to be selected as one of 10 winners.

Apple’s campaign shows the genius of finding a relatively simple concept (asking customers to use a product and share how they do so) with a massive marketing impact. With such a simple foundation, Apple can continue to add twists to this challenge as they release more products. Whether they partner with pop culture stars or incorporate a new photography trend, Apple can continue generating interest in an idea that is now already eight years old.

Apple's social media challenge is also helping them to build social media presence. Customers and fans alike have created millions of photos and videos, all of which advertise Apple's products through its hashtags. When new challenges announce winners, news features are written to profile the winners and their work, creating even more content involving Apple and promoting the brand.

Each year, Twitter releases a roundup of the best tweets within eight categories selected from brands' social media campaigns. In 2021, Oreo made the list in the "Best campaign to creatively push the envelope" category for their #OREOscope campaign. On Twitter, Oreo asked users to like their campaign tweet to be given an OREOscope (a cookie-based horoscope) that the brand customized to the user based on the last few tweets they had posted.

Almost 20,000 users liked Oreo's tweet to receive a horoscope of their own. Oreo gave each user a horoscope based on one of their cookie flavors, such as the Birthday Cake flavor with the description "You bring the party wherever you go." Oreo successfully inspired users to interact with their social media post to receive an OREOscope, and by including different flavors in their horoscopes, promoted their products along the way.

TikTok trends increased in popularity during the start of stay-at-home orders in early 2020. Pringles noticed that some TikTok users were using Pringles cans in their videos and decided to turn this trend into an actual social media campaign to help build social media presence. Pringles created the hashtag #PlayWithPringles challenge, encouraging users in France, Italy, and Germany to create exciting videos featuring the Pringles can.

Instead of simply tasking everyday app users with the challenge, Pringles also enlisted popular TikTok influencers in each country to post examples of how they completed the #PlayWithPringles challenge. Influencer marketing is a great choice to increase exposure for a social media campaign and put it in front of the large audiences established influencers have.

The #PlayWithPringles challenge successfully garnered over 278 million views from videos created for the campaign. This challenge, in particular, highlights the importance of choosing the right social media platform for your marketing campaign. TikTok allows users to post short-form videos and is an excellent place for playful challenges like the one Pringles created to attract attention and go viral.

In early 2020, Planters decided to move on from their longtime mascot Mr. Peanut with a social media campaign that depicted his demise and encouraged social media users to respond to it with the hashtag #RIPeanut. The campaign sparked responses on social media from other major brands, including Oscar Meyer, Nesquik, and Chips Ahoy.

This social media campaign attracted a lot of media attention for the brand—a big benefit. Many news stories covered the mascot's life and death. Media attention also came in the form of satire, such as on SNL, as pop culture figures and comedians debated the questionable marketing decision to get rid of the beloved mascot.

This social media campaign certainly sparked conversation and news coverage for the brand. It also allowed Planters to rebrand themselves and get creative in their marketing for the future. When a brand's content has focused on a specific theme or individual for decades, it can be a good idea to change it up if it allows the opportunity to go in a different direction or keep up with current trends. For Planters' part, they decided to release a reborn version of Mr. Peanut known as "Baby Nut," who eventually grew into "Peanut Jr."

In contrast to many other successful social media campaigns, this campaign does not come from a traditional brand. Instead, it’s the work of the J. Paul Getty Museum in Los Angeles. This social media campaign launched at the end of March 2020, during the beginning of the coronavirus pandemic when most of the country was staying at home. The Getty created a social media challenge asking users to pick a piece of artwork from the Getty's online library of art pieces, find three items they had around the house, and make their own version of the artwork to share with the museum on social media. During the campaign, a member of the museum reported that more than 100 submissions were being received each day.

When a campaign can engage participants and spur active participation, it's more likely to succeed. This social media challenge was truly interactive—encouraging people to create art out of everyday objects and then post it online. The challenge drove traffic to the museum's website as participants looked through the archives for a piece of artwork to recreate. Taking part in the challenge also could encourage participants to visit the museum in the future.

This campaign also attracted a lot of media attention as users submitted eye-catching and innovative recreations of famous pieces of artwork. When a campaign like this starts to go viral, earned media often follows for the brand or company. In this case, the museum was featured in many stories and shared posts on social media. If a campaign is interactive and engaging enough, it can turn into a lot more than likes and comments on social media. It can build a brand's social media presence and garner invaluable earned media spots.

With Press Hook, connecting brands with the right journalists and media outlets to report on their social media campaigns and brand developments is simple. Press Hook allows publicists to communicate with journalists directly about brand clients and potential partnerships. Brand updates can also be posted to Press Hook for journalists to find so they can reach out about feature stories directly.

Contact us today to find out more about Press Hook—and how it can take the guesswork out of your media relations strategy.