Blog / April 1st, 2021
Here’s How To Get a Standalone Feature for a Client 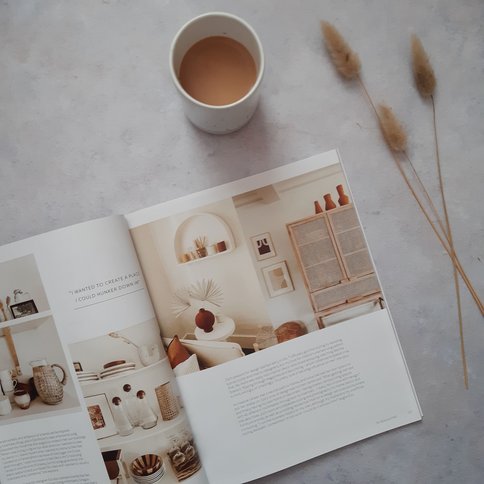 Different media placements accomplish different goals. A small brand name mention in a larger story will give credibility. Inclusion in a gift or shopping guide will boost e-commerce sales and exposure. A standalone feature will inform people about the brand’s purpose and mission. All of them are equally valuable in the long run, but standalone features tend to be the most sought-after. Every client wants their moment to be front and center, and this kind of feature story—whether it’s a magazine spread, in-depth piece on a morning news show, or some other form of media—is the best (and really, only) way to do so.

Here, three publicists share how to get a standalone feature for a client, breaking down the different PR strategies they’ve used to find success.

When Marisa Vallbona, the founder and president of CIM Inc PR, was tasked with finding a way to market one of her client’s properties, she knew she had to get creative. Lucky for her, she soon learned that the Coldwell Banker Realty property was anything but ordinary. Not only did the $4.995 million home have a zero carbon footprint and stunning architecture, but it was listed by Bryan Cranston, star of Breaking Bad.

When pitching the story to the Wall Street Journal, Vallbona pointed out the obvious: The property was $15 million shy from the Journal’s $20 million minimum listing threshold for coverage. Instead, she kept the reporter Katherine Clarke in the loop from the very beginning, ensuring that she would get the exclusive if she chose to run with the story. “I texted my contact and alerted her that I had a story she’ll go crazy for, but gave her no other details. We’ve done several stories together, and she knows I bring her good ones. Once I got permission and had everyone lined up, I told her who the seller was as well as details of the property and arranged the interviews for the reporter with the agents and Bryan Cranston,” she explains. The end result? A standalone feature that was “outstanding—just beautifully written—capturing Bryan’s love and attention to every detail for the property."

Vallbona's advice on how to land a standalone feature

Develop close relationships with the press and stay in regular contact leading up to the story. “We frequently meet with them in person (before the pandemic) and now meet with them virtually. Clients tend to share much more information, and there’s a higher creative flow and idea exchange when we can see each other. What they might think is trivial could make an interesting feature story,” she tells us. Check-in with them regularly—not just to ask how they’re doing, but also to comment on their recent work and find out what they’re working on in the future. If they mention that they’re in the market for new stories or need sources for something they’re working on, find a way to help them. “The more you’re willing to help the media without expectations, the more they'll want to help you when the time comes.”

Laurie Monteforte approached the standalone feature like a campaign

From the start, Laurie Monteforte, CEO of Strong Mountain Media, Inc., knew she wanted to secure national placement for nonprofit client Southside Blooms. The nonprofit, which rehabilitates gang members and other at-risk youth in the most dangerous Chicago neighborhoods by teaching them how to garden, was looking for nationwide recognition—and securing a major media placement would do just that.

Monteforte viewed the standalone feature as a small part of the big picture: After researching to identify key goals to drive the nonprofit’s mission, Strong Mountain Media developed a strategic plan, including specific action steps. To help get a standalone feature on national TV, Southside Blooms did a handful of local news guest spots to build their credibility and exposure, all a part of the “snowball approach.” When it came time for Monteforte to pitch Southside Blooms to the TODAY show, she had many clips to send to the producers who frequently work on feel-good stories. When one reporter ignored their pitch, they didn’t forget the media outlet completely; they simply pitched Southside Blooms to another reporter, hoping that it would catch their eye. It worked: eventually, they landed a story on TODAY, which resulted in more local and regional coverage, tens of thousands of dollars in new donations, and a large influx of program interest.

Monteforte's advice on how to land a standalone feature

Remember that any media placement is part of a larger picture. Start out small until you can work your way up to more prominent publications, making sure that you do not forget your client's needs and goals along the way. “The biggest key to landing a standalone feature is to make sure you have a story. Ask yourself, ‘Am I pitching an ad or story?’ You’ll know you have a story if you have a compelling character,” Monteforte explains. Her top tip? Put the focus on the real people involved. “Rather than pitch something like, ‘This nonprofit provides meals to families in need,’ consider pitching, ‘The Jones family was struggling to put food on the table this month, but this nonprofit was able to help them.’"

Meagan Sargent reframed her pitch until it worked

Publicity consultant Meagan Sargent has landed more standalone features than she can name. Over the years, her clients have appeared in top publications like Variety, Life & Style, and LA Weekly. Even though each client is wildly different, Sargent still approaches each standalone feature the same way: she pitches (and pitches, and pitches) her client until a reporter bites.

When a pitch doesn’t initially catch a reporter’s eye, she takes a step back and thinks of different angles that will work. Her biggest finding: “I have to give an elevator pitch that is not only digestible, but relevant.” In many cases, this means finding a way to align a client with a current trend, while still putting its original value on display.

In some cases, it may also help to offer a publication an exclusive story, similar to what Vallbona did with Coldwell Banker Realty. “Giving the publication the opportunity to break the news first not only lets the reporter know that they're valued, but it also was beneficial to the client. It was an all around win-win.”

Sargent's advice on how to land a standalone feature

Don’t give up on a publication if you don’t hear back from a reporter. If your pitch goes unanswered, try again. "Provide the journalist with various angles that are not only interesting, but fit the niche of their publication,” she tells us.

It’s also important to develop mutually beneficial relationships with reporters covering topics that align with your clients. “Landing a successful placement is more than a quick publicity win; it's the long game that truly matters.” Reach out to them regularly (not only when you have a story idea), and be sure to have your client share any of their work on social media, tagging the publication and journalist.

Here’s How To Get a Standalone Feature for a Client
View on Press Hook!