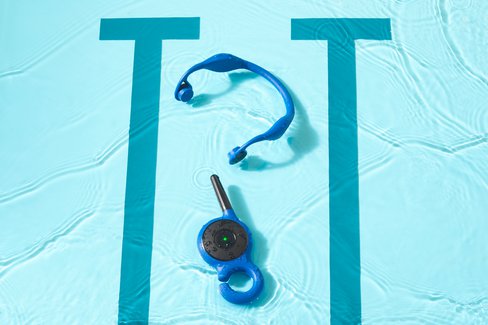 Zygo is a first-of-its kind underwater headset technology, which unlike existing waterproof MP3 players, enables users to stream content from their phone (music, podcasts, audiobooks), receive live coaching thanks to a walkie-talkie feature via the Zygo transmitter and access an app of on-demand workouts (paired with tunes from Universal Music Group's catalog through an exclusive partnership). Zygo's app features over 150 workouts from four talented instructors, including former Olympian Matti Rajakylä, who will unveil Olympic-themed workouts leading up to the Tokyo 2021 Olympics.

After studying the boutique fitness class landscape for several years, Charlie Melvoin and Sheera Goren started SwimTeam in 2016 with the goal of addressing a void in the market for a low-impact, pool-based exercise option. They ran SwimTeam classes across pools in LA which led them to an even bigger opportunity: Zygo – the first underwater streaming headset with an app of guided workouts (“the Peloton of the pool”) while enabling swimmers to hear live instruction and music underwater. 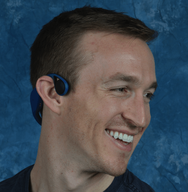 Originally from Los Angeles, Charlie Melvoin graduated Phi Beta Kappa from Harvard with a degree in American History and Literature (BA ’10), and from the University of Cambridge (MPhil ’11), where he studied Development Economics on a Gates Scholarship.

Passionate about China from an early age, and fluent in Mandarin, Charlie spent the first four years of his career in China. After jobs at Groupon and Baidu in Beijing, he joined the British conglomerate Swire as part of their International Management Trainee program, where he spearheaded the launch of a tech-focused co-working space and accelerator called blueprint for Swire Properties, one of Hong Kong’s leading property developers. During his time in China, Charlie also competed on the reality TV show “The Amazing Race: China Rush” with his college roommate, placing third.

In 2015, he joined the Silicon Valley tech company Palantir and worked on international business development out of New York and London, which included planning Palantir’s presence at the World Economic Forum in Davos.

An avid marathon runner and fitness fanatic, Charlie had been studying the boutique fitness class landscape for several years before deciding, in 2016, to start SwimTeam with the goal of addressing a void in the market for a low-impact, pool-based exercise option. Partnering with high school classmate Sheera Goren, they ran SwimTeam classes across pools in LA which led them to launch a separate company, Zygo, to design and manufacture their headset technology, which enables swimmers to hear live instruction and music underwater.

Charlie currently resides in London with his husband and two children. 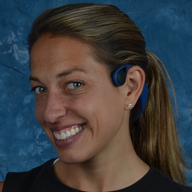 Sheera Goren spent every moment of her childhood running around, being outside as much as she could, and playing literally every sport, except swimming. She surfed and always wanted to be by the ocean, but the pool never called her name. Swimming was not in her rolodex of activities she was good at.

Growing up in Los Angeles and attending Harvard-Westlake with her co-founder, Charlie Melvoin, Sheera played soccer year-round, which led her to the Division I team at the University of Michigan where she graduated Phi Beta Kappa. Eventually migrating back to the best coast for law school at University of California, Los Angeles, after graduation, it was clear Sheera had aspirations of a job that combined her passions and didn't keep her behind a desk.

After working in the legal and business development departments for an international hospitality and restaurant group and starting her own 501C3 ​non-profit, DINATING that raised money to help families in need, she reconnected with Charlie at a mutual friends wedding.

After 10 years apart and a brief conversation about their mutual love of all things boutique fitness, two things were clear: there were no great workout options for non-swimmers in the pool and they were going to try to make a splash in this market.​ Their first company, SwimTeam, led them to an even bigger opportunity – the first underwater streaming headset with an app of guided workouts, the “Peloton of swimming.”

You must be signed in as a media user to .
Sign Up today to interact with Zygo and hundreds of other media-ready brands.