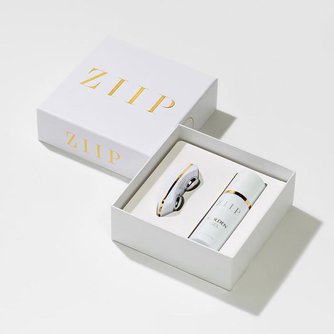 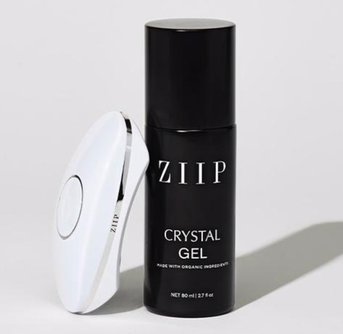 Renowned for being the first and most effective app-connected skincare device in the world, ZIIP, offers its users serious, performance-driven expert facials on demand, making it easier than ever to get “jaw-dropping” skin anytime anywhere.

Using data from the over 10 million ZIIP treatment downloads done since its launch in 2015, ZIIP introduced a new app in October 2021. In addition, feedback from the very loyal ZIIP community and input from founder Melanie Simon who has spent the last 20 years tending to some of the world’s most recognizable faces, was utilized. The result is an all-encompassing menu of professional grade, at-home treatments and full facial options that has never been available via the simplicity of an app.

ZIIP combines cutting-edge tech with a human touch thanks to its founders, Simon, deamed “The Nikola Tesla of Facialists” for her ability to harness lit-from-within skin, and David Mason, a Silicon Valley-based engineer who's been the driving force behind ZIIP's patented technology.

Together, they spent the past two years bringing to life their vision of delivering real, efficacious, professional facials and treatments on demand. For the first time ever, ZIIP is adding well-thought, constructed treatment plans so the user literally has the roadmap laid out from start to finish.

Every ZIIP user has access to Full Facials and Targeted Treatments including ZIIP O.G. favorites and freeform options, each marked with duration and intensity level.

Due to the overwhelming demand for longer-term regimens, Simon and Mason spent two years developing four longer-term treatment plans, allowing users to follow multi-day and multi-week routines that deliver the most coordinated and meaningful improvements for skin. Simon’s tutorial videos allow the user to be guided seamlessly through each and every treatment option.

Melanie Simon is the creator and cofounder of ZIIP. She is an expert in the field of nano and microcurrents and coined the term Electrical Esthetician to describe the work she has been doing with clients in Los Angeles, New York, Montecito, and Jackson Hole for 20 years. She set out to make her sought-after facials more accessible and easy to do on-the-go or at home.

She performs what Vogue calls the “holy grail of treatments” to a discerning and intelligent client base from around the world, but an entrepreneurial drive and a desire to bring her unparalleled electrical expertise outside of the treatment room lead her to create ZIIP in 2015. ZIIP, the first-of-its-kind, an at-home nanocurrent tool, syncs with an app that allows users to access different electrical combinations designed by Simon to lift, tone, and sculpt the face.

Melanie won an Elle Genius Award and dubbed “The Nikola Tesla of Facialists” for her ability to harness electricity in the name of lit-from-within skin.

David Mason is the co-founder and COO of ZIIP, as well as the driving force behind its patented technology. From early on in his career as an engineer of futuristic and functional concept cars for Lexus and Jeep, he has been fascinated by the process of how to take a theoretical idea and turn it into an operable reality.

When his sister’s best friend, Melanie, approached him with an idea for a skincare device, he knew he could help despite having no prior beauty industry experience. Together, they created the industry’s first app-connected beauty device.

You must be signed in as a media user to .
Sign Up today to interact with ZIIP Beauty and hundreds of other media-ready brands.