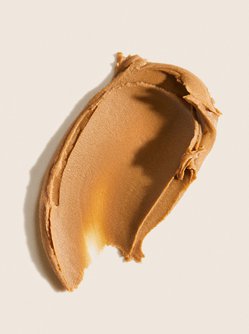 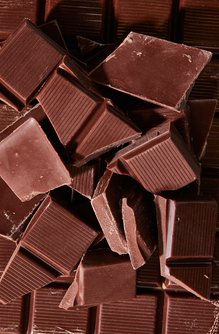 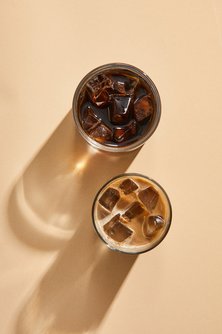 Voyage Foods is future-proofing the food and drink everyone loves.

Voyage Foods has made sustainable and scalable alternatives to foods that have current obstacles –environmental, social, and health alike. Their breakthrough technology provides endless opportunities to make delicious, nearly identical, versions of beloved foods, without compromising individual health or our planet. They have replicated the world’s favorite foods so that everyone can all enjoy them, forever.

Our planet is rapidly changing, and the food industry hasn’t kept up. Climate change and unsustainable supply chain and labor issues plague some of the foods we consume abundantly, without a plan of how to keep up with rising demand and diminishing resources. Voyage Foods uses their breakthrough technology to create sustainable and scalable versions of the foods we love and consume readily - meeting the world’s growing demands without further compromising the planet.

Adam Maxwell is the CEO at Voyage Foods. He fell in love with food at a young age, so much so that when it came time for his bar mitzvah, he (gladly) received a Kitchenaid. That very Kitchenaid plus his passion for food led him to start working as a pastry apprentice at just 14 years-old in James Beard award-winning restaurant, Clio.

Adam continued to work in fine dining throughout his adolescence and into adulthood, well into his time as a student at McGill University where he studied food chemistry. In a fortuitous turn of events, Adam left university just before graduating for an incredible opportunity to work at CHEW Innovation in Boston, where he met his fellow Voyage Foods colleagues, Kelsey Tenney and Sam Ryo. During his time at CHEW, Adam led a multitude of projects for global brands, ultimately preparing him for his next endeavor – Endless West.

At Endless West, he spearheaded the R&D department, expanding on its technology platform, launching dozens of products, and building a new manufacturing facility. This has culminated in Voyage Foods, where Adam leads a team of talented food scientists and CPG experts working to revolutionize the food industry.

Kelsey Tenney is the Director of Commercialization at Voyage Foods. Kelsey comes to Voyage with a background in product and process development in food consulting, private label, and startups. She received a degree in food science at Purdue University and conducted research under Dr. Lisa Mauer followed by a Master's degree at Penn State University focused on food chemistry and sensory science with Dr. John Coupland and Dr. John Hayes. Her background is strong in confectionery, frozen novelty, and snack systems with experience building manufacturing processes.

Benjamin Flajnik is the Director of Marketing at Voyage Foods. He is an accomplished CPG industry executive, product marketer, and brand specialist. Additionally, over the past 15 years, he has consulted for other CPG companies not limited to 21 Seeds, Inc. and Native Spirits Limited, LLC in sales, strategy, and marketing capacities. He co-founded Fernet Francisco, Inc. a distilled spirits company acquired in 2020, and Entourage Wine Group, Inc., a Sonoma-based winery with three brands which was acquired in 2016.

Sam Ryo is the Director of R&D at Voyage Foods. He started his career in Big Foods, before moving into Food Consulting and startups. He has developed and launched products ranging from new domestic brands to global name-brand products during his career. He has a M.S. degree in Food Science from Ohio State University, where he researched the utilization of SIFT-MS in flavor analysis. Sam’s experience in flavor and sensory science has helped him build technology platforms for organizations, such as the Taste technology platform at Abbott Labs, and the Analytical & Sensory Product Development platform at Endless West.

You must be signed in as a media user to .
Sign Up today to interact with Voyage Foods and hundreds of other media-ready brands.