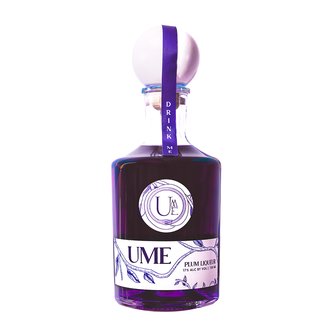 UME is a delightfully tart, lightly sweet plum liqueur that dances on the tongue and buoys the soul. The magic of UME is not limited to its ethereal taste - its royal purple hue transforms any libation into a gem-toned beauty, giving UME the enigmatic quality of a potion, where every cocktail is a magic trick. UME Plum Liqueur: the Purple Potion for a new era.

UME was created to transform the drinking experience – with a flavor so versatile and a color that enchants – adding UME to any drink makes it celebratory, delightful, an experience in and of itself. Pairing beautifully with any base spirit from vodka and tequila to whiskey, UME’s ease of use and limitless versatility position it as a category-defining spirit, the new secret sauce for every bar.

Inclusivity, respect, integrity and, above all, love are the core values of UME. In the World of UME, we welcome anyone who comes with an open heart and curious mind. UME’s mission is to positively impact and spread joy in the communities that we touch. We are committed to utilizing our platform to support disadvantaged and marginalized communities with the fundamental belief that everyone deserves equal rights, dignity, acceptance and love. Through ongoing initiatives, the brand donates a portion of sales to support trans, queer and womens’ rights, partnering with incredible organizations including For The Gworls, The Ali Forney Center, and Brigid Alliance. In addition, a significant portion of UME’s sponsorship and partnership budget supports performers and influencers in the queer and trans community.

UME was founded by two NYC women, Jenn Toyzer and Katharine Brandes, who left successful careers in finance and fashion to develop and introduce UME to the world. There was something seriously missing from the alcohol space for them – liquor that actually tastes good on its own. Vodka, tequila, and rum taste unpleasant to the uninitiated palate, and require a fair amount of additional ingredients to mask their intense alcoholic flavors. Where was the easy, sippable, mild-flavored spirit, they wondered, that could still elicit a pleasant, effervescent buzz? Inspired by the traditional plum spirits of Japan and their mother-countries in Eastern Europe, Jenn & Katy realized that the plum flavor profile, so rare in American spirits, could be the answer. They set out to create a sublime and otherworldly plum spirit, one that pleased their palates, that burst from the confines of staid, old-guard liquor categories and heralded a new era of drinking.

Scouring the world for the exact flavors, aromas, mouth feel and je-ne-sais-quoi they wanted their spirit to exhibit, Jenn & Katy partnered with renowned mixologists and sensory scientists. Together they identified ingredients that would give UME its heavenly characteristics and earthly form. Plum, dark cherry, grape, green apple, and citrus form the fruit-forward flavor base of UME, which is combined with a six-times distilled grain neutral spirit made from corn. With an alcohol content of 17%, UME strikes a perfect balance between mixer and sipper. UME is half of the sugar of traditional liqueurs and apéritifs, giving UME its distinctively light mouthfeel without sacrificing any of its unique and delightful flavor.

Unlike traditionally aged spirits, UME was not an act of nature but designed with intention and meticulous thought. Jenn & Katy created UME based on what they believed to be the perfect drink – a versatile beverage, light and delicious on its own, but powerful enough to mix in cocktails. Most importantly, UME was created with a vision of bringing to market a drink that is an experience in and of itself, an odyssey for the mind and senses. 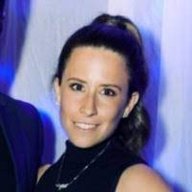 Prior to founding UME, Jenn graduated from MIT in 2010 and spent her entire career in finance, including over 8 years at Goldman Sachs where she focused on investing in consumer businesses, and led financings for companies in the consumer, hospitality and sports’ industries. Jenn lives in downtown New York. 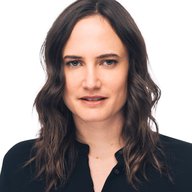 Forbes - Jul 25, 2022 20 Bright Pink Cocktails that Embrace the Barbiecore Trend "UME Plum Liqueur cocktail, French Slipper, on menu at Mister French is featured in this piece spotlighting hot pink cocktails found at top bars and restaurants in Manhattan."
Out Magazine - May 25, 2022 38 Pride Collections That Actually Benefit the LGBTQ+ Community "This Pride, UME Plum Liqueur has teamed up with For The Gworls, a mutual-aid organization that provides rental and surgery assistance for trans and queer people of color. For the month of June, UME is selling a special Pride cocktail at several NYC bars and nightclubs, including The Standard High Line and East Village, Cafeteria, Skylark, Purgatory, and Zero Bond. Proceeds from the cocktail will go to For The Gworls."
Newsday - May 25, 2022 Pairing cocktails and heat at O Mandarin in Hicksville "A standout on the cocktail menu at O Mandarin is a saketini made with ume plum liquor..."
Time Out Miami - Mar 10, 2022 Wynwood’s new gourmet sandwich shop is hiding a speakeasy offering stunning cocktails "Mad Butcher speakeasy opening in Miami. Beverage Director Andi Cruzatti features UME cocktail "Catch Me If You Can"."
Miami Herald - Mar 08, 2022 Mad Butcher sandwich shop, secret speakeasy opens in Miami "This new Wynwood sandwich shop is hiding a secret speakeasy behind a walk-in cooler. UME cocktail "Catch Me If You Can" is the featured cocktail"
New York Times - Mar 08, 2022 Manhatta to Reopen With a Focus on Drinks "Danny Meyer’s 60th-floor restaurant, which closed at the start of the pandemic, returns with Cameron Winkelman as new head bartender. UME cocktail "Mistakes Were Made" is featured in photograph."
New York Times - Sep 23, 2021 Dancing Among Tombs on a Moonlit Brooklyn Night: ‘It Feels So Alive’ "Guests sipped mezcal and UME Plum Liqueur cocktails..."
Gothamist - Jul 21, 2021 Excellent Summertime Food & Drink At New Rooftop Spot Above Nolita "A drink featuring UME Plum Liqueur, called What A Dandy, from Somewhere in Nolita's rooftop menu is given a glowing review."

UME Plum Liqueur
The Purple Potion for a New Era

You must be signed in as a media user to .
Sign Up today to interact with UME Plum Liqueur and hundreds of other media-ready brands.