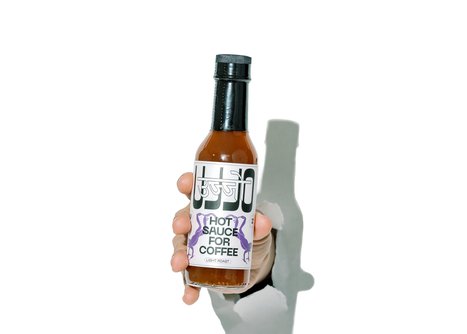 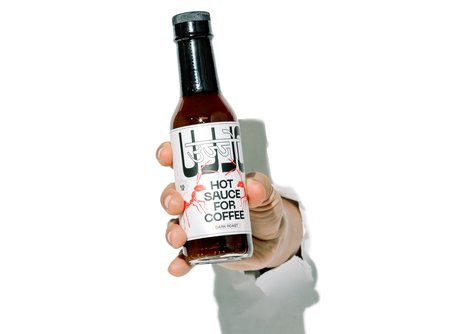 Ujjo is the first hot sauce for coffee. With zero vinegar and a subtle sweetener base, Ujjo uses comforting ingredients like cinnamon, vanilla, and powdered chilis to create the perfect balance of sweet + heat in your favorite drink.

On one fateful morning in 2020, a friend dared Lauren to throw some hot sauce in my coffee. So she did. After all, she was housebound in the middle of a pandemic...what else was there to do? And it was awful. But it got the gears turning. As an Indian-American, Lauren grew up drinking her grandmother's spiced chai and she started to wonder...why can't we have that same experience for coffee?

What started as a joke turned into a side hustle, and after selling to 48 states and 16 countries, Lauren bid adieu to her "day job" so that she could turn spicy coffee into a global food trend. 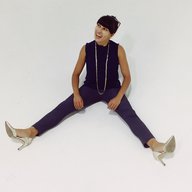 Lauren is the product of rebels: a mother from small-town Ohio who paid her way through college because her family didn’t support her dreams; and a father who left a comfortable life in India because he dreamed of something more in America. These two hell-raisers met at a random university in a random town in rural Ohio, and together they set out on the most rebellious path of all: entrepreneurship. As a child, Lauren learned from her parents what struggle looked like: not in an economic sense, but in an existential one––She saw what it means to fail at something, doubt oneself, dust oneself off, and try again.

Lauren's parents’ flavor of entrepreneurship was inspirational and instructive, but she really didn't want to follow in their footsteps. She wanted to be an artist, an explorer, a storyteller, and she saw business as something too black-and-white for someone as colorful as she is. Lauren went to college firmly set on being an artist: She picked up degrees in English Literature, Painting, and Theater; she worked 13 theater shows during her time at Georgetown; she told herself (and anyone who would listen) that she wanted to become a screenwriter when she “grew up.”

Then, Lauren graduated and realized that she didn’t know how to put her training into practice in a way that was meaningful to her. She floundered for several months before taking an entry-level marketing job (a job that, in my mind, felt like an admission of failure: she was no longer an artist, but a business sell-out). It was in that job that Lauren realized just how creative business could be. She tried her hand at freelancing, learning how to haggle with clients and Google her way through any question that she didn’t have the answer to. And as she grew as a marketer, she looked for ways to grow her skills. Lauren went to business school: she jumped feet-first into the world of startup marketing, and eventually landed a high-profile marketing role at one of the world’s most prolific Consumer Packaged Goods companies.

Lauren was happy because she had found a way to express herself as a creative in the business world. But she still wasn’t totally fulfilled. She finally realized why in 2020, when she was diagnosed with an autoimmune disorder called Rheumatoid Arthritis. RA itself isn’t a death sentence, but it is a smoking gun––She knew that being diagnosed so early in life could drastically impede her quality (and quantity) of life, and she began to ask herself why she was giving her best years, her best ideas, to a company that wasn’t her own.

It was then that Lauren decided to pour herself into a whim she had been fiddling with for the past several months: making a hot sauce for coffee. Hot sauce for coffee had started as a joke and had no intention of turning it into a brand, but with a feeling like time was slipping away from her, she realized she needed to act fast and deliberately. She furiously experimented in the kitchen until she had a product that she was proud of; She cajoled her closest friends into supporting her pro bono; and launched the brand on a hope and a prayer.

Now, Ujjo has taken on a life of its own, and it’s inspired a community across the world to embrace one small act of rebellion: throw hot sauce into their coffee. It’s also compelled Lauren to embrace a version of herself that’s wholly her own, to stay true to who she is and who she wants to be, and to revel in those hell-raising genes that have been with her from the very beginning.

You must be signed in as a media user to .
Sign Up today to interact with Ujjo and hundreds of other media-ready brands.