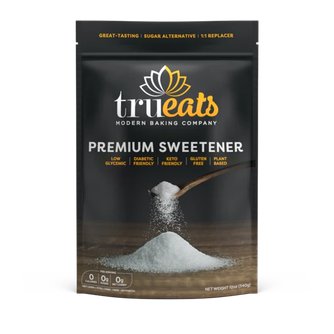 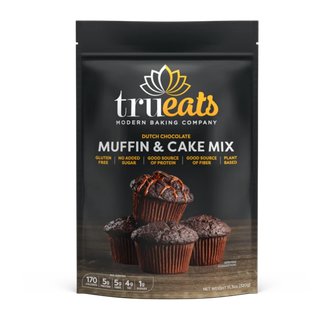 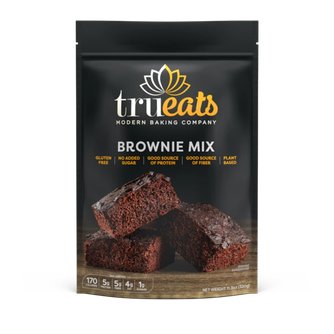 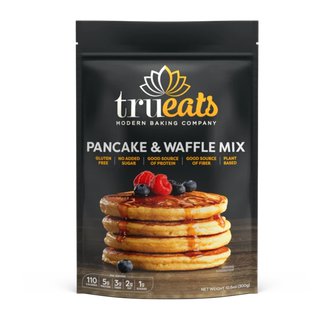 Rooted in nutrition science and inspired by ancient Ayurvedic wisdom, our nutrient-rich, sweetly satisfying baking products are crafted by culinary artisans.
TruEats crafts baking mixes and sweeteners full of purposefully selected ingredients that promote holistic health and improved well-being. Simple, healthy, and sweet—they believe a balanced lifestyle is not only nurturing, it’s also what energizes community, from their kitchen to yours.

A Father’s Legacy
Dr. Surinder Kumar's father, Kanshi Ram, grew up in India in the early 1900’s when western medicine was unavailable to most Indians. At the age of 13, he travelled from his small village to the big city to see a doctor where he was diagnosed with “sugar” (diabetes). He was told that he would be lucky to live to the age of 30. It was then that he set out to learn as much as he could about his condition from ancient Indian books, including Ayurveda and the elders of the village.
He learned to combine good nutrition, daily exercise and meditation as a way to extend his life. He walked 4 miles every morning, did breathing exercises, and followed the nutritional teachings of Ayurveda in selecting his daily diet that included lentils such as Chickpeas, Moong Dal, and Urad Dal along with fresh vegetables. He went on to live a long and healthy life to the age of 75 when he passed away from a bacterial infection following a surgical procedure in a hospital.
The knowledge and wisdom he had gained from reading the ancient books was particularly helpful to Surinder when he got deathly sick at the age of 5 and could not digest any food. His father put him on a strict dietary regimen of simple foods including rice, dals (lentils), and dahi (yogurt) which ultimately saved my life.
A Son’s Passion
Learning about nutrition became his passion and life purpose. At an early age, he became more focused at school in science and went on to study Dairy Science at the National Dairy Research Institute in India. In 1966, after graduating, he left my native India to continue my studies in the U.S. at The Ohio State University where he completed my PhD in Food Science and Nutrition.
His professional career led him to senior executive positions in Research and Development at Unilever, Quaker Oats, Frito-Lay, PepsiCo, Warner-Lambert, Bristol Myers and Wrigley. During his tenure at these companies, his teams helped launch hundreds of products rooted in the science of basic ingredients.
After retiring as Chief Innovation Officer for Wrigley, his thoughts turned back to his father’s legacy, and how he could take the knowledge and wisdom he had instilled in him, as well as my educational and professional experience, to create something that ties those ancient holistic health beliefs with modern nutritional science.
A Family’s Journey
Surinder devoted the next decade of his life to developing and crafting TruEats products based on that simple diet that saved both his father’s life and his own, long before western medicine was available in India. Their family’s journey to discover better health and wellness through simple foods began from those humble roots in a small village in India.
That journey continues today as a generational endeavor inspired by his father, Kanshi Ram, and now in partnership with his son, Daven Kumar, co-founder of TruEats. We are incredibly thrilled to share our line of delicious baking products with you and your families, and hope you enjoy them as much as we do.

Daven has 15 years of brand marketing, transformational innovation, new business development and sales experience at some of the top CPG’s such as PepsiCo/Frito-Lay, Mondelez, Wrigley and Kellogg’s.

Surinder dedicated a decades-long career developing products for major CPG companies. This includes 40 years in senior level Innovation and R&D positions at companies like Quaker Oats, PepsiCo, Warner-Lambert, Mead Johnson and Wrigley, where he helped launch hundreds of products with sales of several billion dollars. After retiring as Chief Innovation Officer for Wrigley, Surinder pursued his passion to create TruEats and enlisted the help of his son, Daven, who brought experience as a food marketer for PepsiCo, Kellogg Co. and Mondelez.

You must be signed in as a media user to .
Sign Up today to interact with TruEats and hundreds of other media-ready brands.