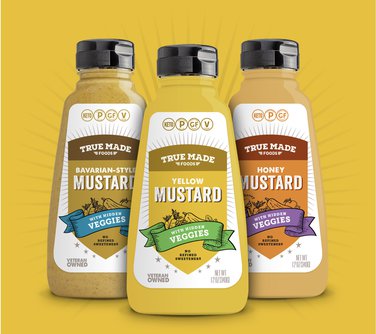 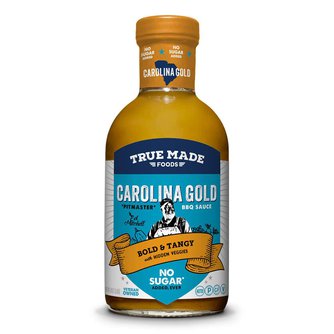 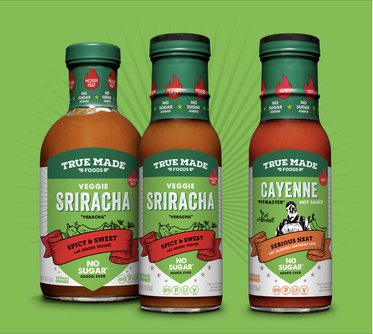 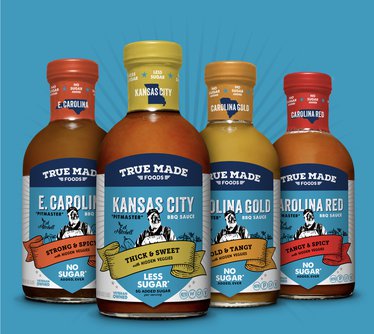 Ketchup was ruining dinner. Our founder knew ketchup has more sugar than ice cream, but his kids poured it all over their food anyway. So, he decided to make his own. Abe went back to how his mom and grandma cooked and sweetened his ketchup with nothing but flavorful fruits and veggies. Even the pickiest eater was asking for more. He then partnered with legendary Pitmaster Ed Mitchell to craft high flavor, low sugar barbecue sauces. Together, they’ve returned American barbecue to its real food roots. With an insatiable appetite to bring back delicious, traditional, and healthy ingredients to the table, True Made Foods is revolutionizing condiments for good.

Our founder, Abraham (Abe) Kamarck, a native of Washington, D.C., grew up with a Southern Italian cooking influence on his mom’s side and Southern Virginian cooking influence on his Dad’s side. After graduation from Vanderbilt University, he spent eight years in the US Navy as a Seahawk helicopter pilot before earning his MBA at the London Business School. Abe then launched a career in emerging markets, living and working in places like Bulgaria, Ghana and Qatar. In 2013, Abe and his family returned to the US and he was hired as the Director of Innovation for a charity and tasked with launching a direct trade Ugandan coffee with social impact. This experience introduced him to the food industry, and in 2015, Abe decided to tackle a problem that was plaguing his own dinner table - his kids copious use of ketchup or "red corn syrup" as Abe called it. Abe wanted his kids to eat a healthy diet full of veggies and without added sugars, but he was not going to give up the family grill (or smoker). Thus the use of ketchup by his four kids became a constant losing battle at the dinner table, so Abe decided to win the war and create a better ketchup.

Abe and his family have always loved the history and regionality of BBQ. After living overseas much of his adult life, Abe understood that BBQ and BBQ tradition was core to American culture and likely the only true American cuisine. But what was happening in BBQ drove Abe crazy. Skill and tradition were being replaced by sugar and corn syrup. Regional traditions were being washed over by big brands selling the same junk. How skilled a pitmaster do you have to be when your main ingredient is sugar? American BBQ had lost its way and was drowning in sugar.

But Abe knew he could not save BBQ alone. At best, he was a BBQ  fan-boy, not a pitmaster. He needed help. So Abe did his research and one name always came back up - Ed Mitchell, from Wilson, NC. It is through either dumb luck or perhaps divine intervention that the Mitchells ended up partnering with True Made Foods. It took one email and one long phone call to kick off the partnership.

The first time they spoke, Ed was being wheeled out of VA hospital by his son and Pitmaster, Ryan Mitchell. Ed had just been diagnosed as pre-diabetic and had decided to take a hard look at the ingredients and food culture around BBQ and in his family. Type 2 diabetes was now common in Eastern North Carolina, where Ed is from, and also common in his family, when a generation ago, it was unheard of. Abe's proposal to make True Made Foods a vehicle for returning BBQ to its roots and removing sugar hit home.

Abraham (Abe) Kamarck grew up in Washington D.C. and Brooklyn, NY. He attended Vanderbilt University on a full NROTC scholarship and served in the Navy for over eight years as a Seahawk Helicopter Pilot. As a pilot Abe deployed multiple times for counter-narcotic missions and for Operation Iraqi Freedom. For his shore duty, Abe was stationed in the United Kingdom as part of US European Command, where he ran a counter-terrorism division. While in the UK, Abe was also lucky enough to complete his MBA at the London Business School and in 2008 decided to leave military service to pursue a career in business. Unfortunately, Abe's timing was not great, given he left military service right as the Great Recession was accelerating. He and his wife, also a Navy Veteran, had grad school loans, their first child and another on the way. Always resilient, Abe learned to be an entrepreneur out of necessity and fell back on his emerging market experience and moved to Bulgaria. Abe and his family then moved to Doha, Qatar where Abe worked on multiple startups and emerging market development projects. In 2013, Abe and his wife decided it was time to return home and they moved back to Northern Virginia, where Abe was hired by a D.C.-based charity as their Director of Innovation. There, Abe was tasked with developing and launching sustainable products from post-conflict areas, and he started by working with a co-op of Jewish, Muslim and Christian farmers in Eastern Uganda and launching a coffee brand called "Coexist Coffee." After a year of developing and launching the coffee, the charity ran short on funds and Abe decided that was a sign to follow his own passion for food, solve a problem at his own kitchen table and found True Made Foods.

Known as “The Pitmaster” in barbecue circles, Ed Mitchell has been cooking traditional whole-hog barbecue since he was a teenager in Wilson, North Carolina. A grandson of a small farmer, Ed was surrounded by natural, good-tasting food as a child. Thanks to a chance launch and Ed’s habit-forming barbecue, Mitchell’s Grocery soon morphed into Mitchell’s Ribs, Chicken & B-B-Q. As the business grew, so did Ed’s reputation. True Made Foods fell right in-line with what Ed was looking for—Ed had recently been diagnosed as pre-diabetic and was worried about the sugar that had crept into his family's life and his beloved barbecue over the years. An immediate bond was formed, and True Made Foods and Ed launched the Pitmaster line together in 2018 at the Big Apple Barbecue Block Party.

Ryan Mitchell grew up in barbecue. He was prepping hogs and tending the coals alongside his dad, Pitmaster Ed Mitchell, for as long as he could remember. While barbecue is in his blood, growing up alongside it was a constant chore. The unrelenting work around barbecue pits initially made Ryan want to forge his own path. Ryan earned a scholarship to play football at Eastern Carolina University, and after graduation, went into investment banking. The 2008 financial crisis then changed everything for him—Ryan was given the choice of taking a severance or moving to Singapore. He chose the severance and turned the experience into a growth event. He took a look at his life and realized that his heart and heritage was really back in barbecue. 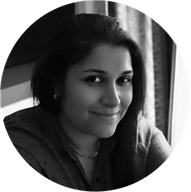 A native of the Bronx, NY and a daughter of Indian Guyanese immigrants, Vanessa grew up with various culinary influences, from the Caribbean to Asia.  Vanessa graduated from the Institute of Culinary Education (ICE) in New York and began managing restaurants in New York City. She has managed some of the busiest and most famous restaurants in the City, from Harlem to downtown. Vanessa now lives on Long Island and manages True Made Foods’ various marketing programs.

Famadillo - Jun 27, 2022 True Made Foods BBQ Sauces for Perfect Summer Grilling! ""t is officially BBQ season, people! Is your pantry ready?? We tried out a few great BBQ sauces this week from True Made Foods and we feel you will love them as much as we do!""
Foodsided - Jun 26, 2022 5 Condiment trends that have everyone dipping all summer long ""Ready to give that dipping a boost with these five condiment trends?""
Mashed - Jun 20, 2022 The Best Flavored Ketchup You Can Find At The Store ""One of the most notable condiments of the bunch is ketchup, with the red, tomato-based sauce being a staple for many hot dog stands.""
The Inventory - May 27, 2022 20 Things To Add to Your Shopping List in May 2022
Daily Mom - Mar 14, 2022 25 Of The Best Drink Gifts & Snacks To Try This Spring
Washington Business Journal - Apr 06, 2021 This Condiment Underdog is Taking over Nationals Park — and Loading the Bases for More
Fast Company - Mar 09, 2021 The 10 Most Innovative Food Companies of 2021
MLB.com - Nov 19, 2020 Red Sox Hit a Home Run with New Ketchup

True Made Foods
Healthy condiments sweetened with veggies, not sugar

You must be signed in as a media user to from True Made Foods and interact with hundreds of other media-ready brands.