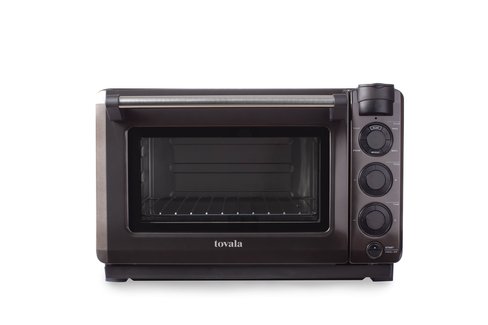 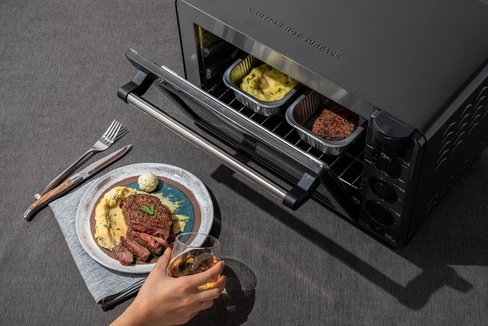 Founded by passionate culinary-tech duo David Rabie and Bryan Wilcox, Tovala’s chef-crafted meals and smart oven seamlessly work together to let customers enjoy a delicious, home-cooked meal without the work. Users can choose calorie smart, carb-conscious, gluten-free or vegetarian entrees - or a mix of all of the above. The deliciously diverse menu rotates weekly and customers can selected 3 to 12 meals per week. Tovala's Smart Oven offers 5 different cooking functions (steam, bake, broil, toast, reheat) and the ability to scan-to-cook nearly 1,000 brand-name grocery items from brands like Kashi and Amy’s, extending its versatility beyond just cooking Tovala Meals.

Tovala is available for purchase on their website or via Amazon.

Tovala CEO and co-founder, David Rabie, was a grad student at University of Chicago, trying to make eating well work with his busy schedule. But if he wanted hot, fresh food he'd be excited to eat, he had to cook. And that was pretty much impossible. He was coming home late, looking at his stove, and thinking the last thing he wanted to do was turn it on. So David teamed up with his co-founder, Bryan Wilcox, and made Tovala a reality. The mission was to reinvent home cooking to save time. No more painful weeknight cooking, soggy takeout, Sundays stolen by meal prepping, or sad microwaving. Just real food, cooked at home, without the work. 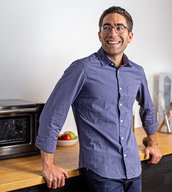 David Rabie is the Co-Founder and CEO of Tovala, a time-saving meal service and countertop smart oven that scans, steams, broils and bakes chef-crafted meals. The idea for Tovala was born while David earned his MBA at the University of Chicago Booth School of Business. Inspired by the pain point of minimal time to prepare and cook fresh meals at home, David combined his passion for food and technology to solve the problem. Today Tovala is a category-defining business with more than two million meals shipped nationwide. The company has been featured in the Wall Street Journal, Forbes, Fast Company and TechCrunch and David was named a Crain’s 40 Under 40 honoree in November 2020.

Prior to business school, David worked in a variety of roles directly under the Co-Founder of the Veggie Grill, the largest chain of plant-based restaurants in the country, and he ran a chain of frozen yogurt stores in California and Ohio. He learned about the start-up tech industry by launching Draftpedia, the first sports encyclopedia built exclusively for mobile.

David graduated with high honors from the University of California at Santa Barbara with a B.A. in History. At Chicago Booth, he worked part-time for Foundation Capital, led the entrepreneurship club on campus and completed an internship at Google. David speaks four languages, lived in China, London and Madrid, and has been passionate about clean eating since attending a health retreat at age 18. He currently lives in Chicago with his wife, Jessica, and daughter, Elizabeth.

Tovala
Tovala is the secret weapon your kitchen is missing. The first of its kind, Tovala combines a food subscription service with a smart oven for impossibly convenient fresh meals that cook themselves.

You must be signed in as a media user to .
Sign Up today to interact with Tovala and hundreds of other media-ready brands.