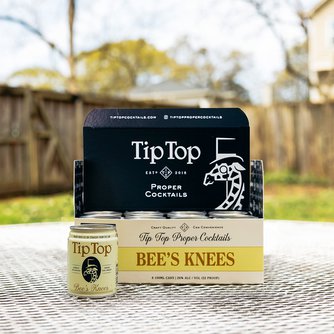 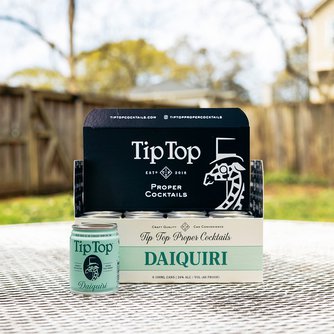 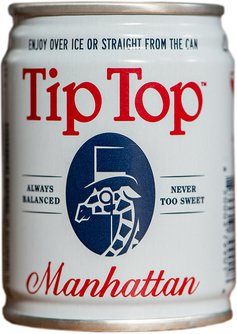 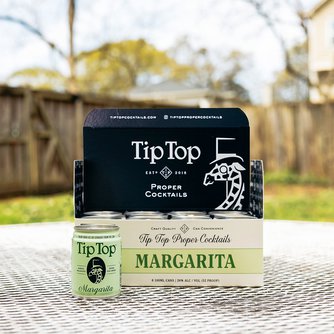 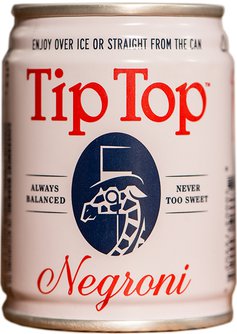 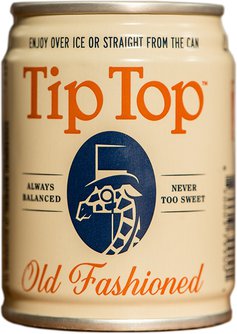 Tip Top Proper Cocktails' roots are in live music – a world where experience is everything, yet delicious cocktails are often out of reach. They believe that the good things in life should be more accessible. Enlisting the help of their favorite bartender and James Beard finalist, Miles Macquarrie (Kimball House, Watchman’s Seafood & Spirits), they developed classic cocktail recipes and packaged them up to drink at any time and, just about, any place. Tip Top Proper Cocktails are always within reach, especially if a trusted bartender or fully-stocked bar are not.

Tip Top Proper Cocktails' believes good stuff should be accessible. In their previous lives, they were music industry veterans who created, built, and sold some of the largest festival brands in the country. Along the way, they saw the demand for quality cocktails growing, but were frustrated by the movement’s inability to meet the demand for these drinks in high-volume situations. They fantasized about creating a world-class cocktail in an easy-to-serve vessel. Their thought was that maybe they could help solve a problem for venues, events, restaurants, bars, airplanes, and regular folks at home on the couch. So that’s what they did.

It would be great if they had a thoughtful explanation about why thy called the company Tip Top, but the truth is that it was born out of text-message brainstorms. Eventually though, like all good things, it grew into something classic and perfect and multifaceted.

An Atlanta native, Neal attended The University of Michigan, from which he graduated in 2006 with a degree in American culture. After graduation, Neal returned to Atlanta to work for a local radio station, where he hosted prime time shows and produced interviews and performances with musicians and other figures from Atlanta’s arts community. During his tenure at the station, he also began working with Superfly, an experience company that produced Bonnaroo, Outside Lands, and Comedy Central's Clusterfest. As Superfly’s Marketing Director, Neal helped build brands via visual identities, social media, and content creation. This intersection of music, food, and art would ultimately shape the core of his career path.

Neal also spent time working for a cocktail-related event series called Cocktail Magic; it was here that he met a number of superstars in the industry and first became interested in the beverage world. Since cocktails had always been fairly unattainable in festival settings, Neal and his childhood friend (and fellow music industry veteran) Yoni Reisman began developing the concept that would become Tip Top Proper Cocktails.

In addition to his responsibilities as Co-Founder of the company, Neal serves as the company’s CMO, where he focuses on branding, marketing, and sales for Tip Top. Drawing inspiration from the relationships he’s developed during his time in the beverage world, Neal enjoys working alongside the talented people that Tip Top has allowed him to meet. His hope is that consumers will see Tip Top as an embodiment of hospitality: a product that will help build genuine connections and create a space for deeper interactions between people.

When Neal isn’t working, he enjoys attending concerts and discovering new music, taking food excursions across Atlanta, being outdoors, and most of all – having dance parties on his front porch with his family.

Yoni Reisman is the Co-Founder and CEO of Atlanta-based Tip Top Proper Cocktails. Established in 2018 by Yoni and his childhood friend and fellow music industry veteran, Neal Cohen, Tip Top offers high-quality, classic cocktails in a can.

Born in Chicago and raised in Atlanta, Yoni attended The University of Texas at Austin, from which he graduated in 2006. After graduation, Yoni moved to New York City, where he held several internships in the music industry before landing a job at Relix Magazine as a Marketing Associate. During his time in New York, Yoni was a frequent guest at some of the most pivotal cocktail bars in the city during the craft cocktail boom, including Sasha Petraske's Milk & Honey, Little Branch, and Please Don't Tell.

Yoni moved back to Atlanta to pursue his Master of Business Administration at Georgia State University but returned to New York in 2011 to be part of the founding team of The Governors Ball Music Festival. He spent the next few years launching and growing the festival before selling it to Live Nation Entertainment in 2016.

During his five years producing large-scale events and festivals, Yoni discovered something was absent from the market: high-quality, classic cocktails that could be enjoyed anywhere. Inspired by this missing piece, Yoni moved back to Atlanta to complete his MBA program, and he and Neal began to plan what would become Tip Top Proper Cocktails. Excited for this next chapter in the beverage world, Yoni’s aim for Tip Top is to see classic cocktails become available on demand to make any experience more delicious, memorable, and special.

When Yoni isn’t working, he enjoys traveling, going to Phish shows around the country, and spending time with his wife and four young children.

You must be signed in as a media user to from Tip Top Proper Cocktails and interact with hundreds of other media-ready brands.