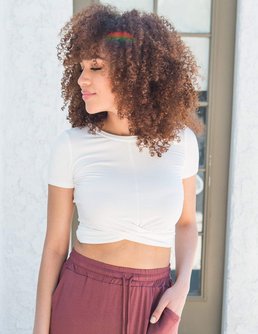 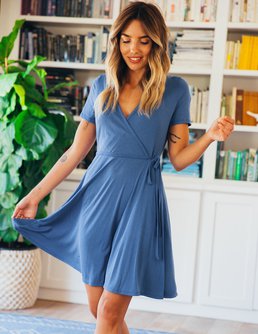 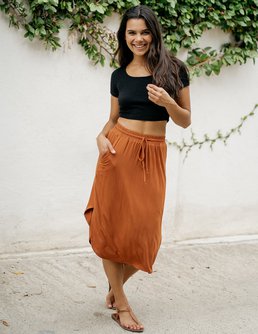 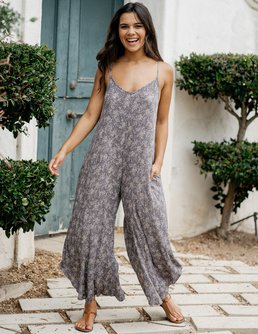 Sozy is a B-Corp certified, small female-founded clothing brand based in Encinitas, California that believes each purchase made should have a purpose behind it - to support women each step of the way. Sozy’s styles are designed by women, for women, with 10% of profit supporting survivors of sexual violence.

In efforts to make style and comfort synonymous with inspiring businesses and individuals to support environmental solutions, Sozy’s products are USA made and carbon neutral. Sozy has also partnered with One Tree Planted, 1% For The Planet, and Cleanhub to offset our carbon emissions. To this day, Sozy has been able to plant 37,602 trees, offset 206 tonnes of carbon dioxide equivalent, and recover 577lbs of ocean-bound plastic so you can shop and feel the difference.

Sozy was born from a play on words. Soft + Cozy, which was exactly the feeling the founder wanted to convey. Originally hailing from Brazil, Lanai first had the idea to start a business when she realized that no underwear she bought was ever sexy as well as comfortable, so she set out to design a pair that she wished she could buy, sparking the idea to start her own business. Investing $3,000 of her own money each month for the first six months, she launched Sozy.

Now, Sozy is a women's clothing brand that is committed to supporting survivors of sexual violence with every purchase. The clothing is designed to make women feel empowered, sexy, and comfortable in their own skin. Using ultra soft materials and personally designing everything herself, Lanai has created the woman's ultimate dream clothing collection.

You must be signed in as a media user to .
Sign Up today to interact with Sozy and hundreds of other media-ready brands.