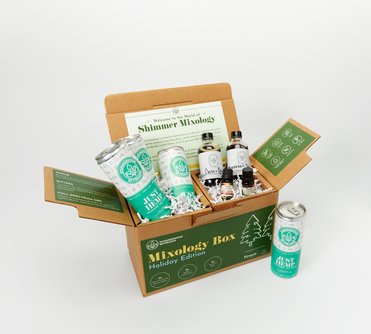 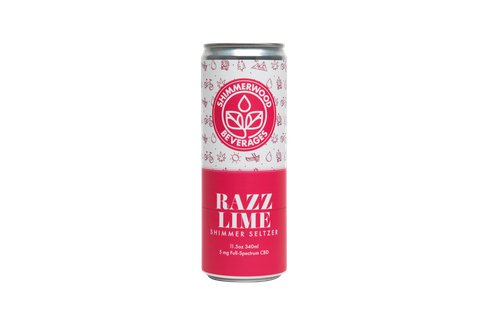 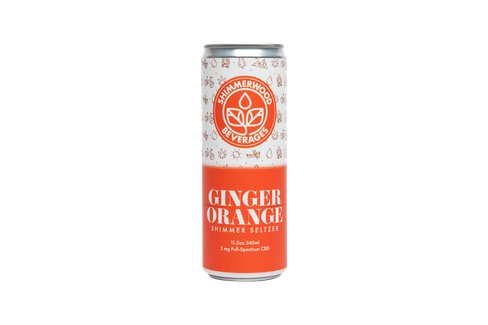 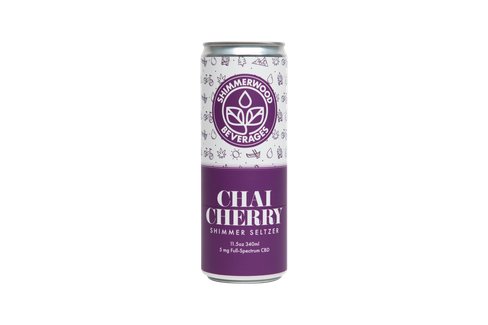 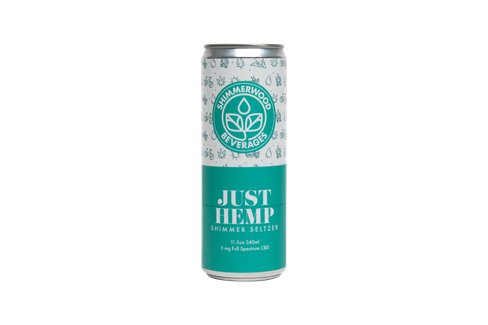 Shimmerwood's mission is to champion a more conscious lifestyle through creativity, community and nature. Their focus is to take the best, most natural ingredients, and to combine them with a full spectrum hemp to bring customers a CBD beverage that tastes great out of the can, or when mixed as a mocktail or cocktail. They source our ingredients and produce Shimmer Seltzer in Maine, making them one of the only New England based CBD seltzer brands. Their product is tested by an independent third-party lab, and they post the results on their website, so you know exactly what you're drinking.

Working with local communities, they harness the best of their craft, so they know where each ingredient comes from and how it is processed. It is of utmost importance to them that they work with hemp farmers that treat their plants with the care and love they so rightfully deserve. They use full spectrum hemp because they want to provide the purest form of CBD possible. A full spectrum hemp means just that, they are getting the full number of benefits that CBD can provide without the psychoactive sensation that comes from THC.

Co-Founders Josh Ahadian and Tibor Mascari met each other at Bonnaroo, a music and arts festival in 2015. After attending the festival together again in 2019, they saw that festival-goers were either drinking alcohol or smoking weed, but there was nothing to fill the gap in the middle. They saw an opportunity to combine the growth of the seltzer and cannabis industries and create a product to be enjoyed by sober curious individuals and mixology enthusiasts.

While Josh enjoys cannabis, his asthma prevents him from the traditional method of smoking, which gave him more reason to create Shimmer Seltzer. With his education in marketing and the music industry, particularly live events, he envisions mini Shimmer fridges behind the bars and in the green rooms of venues and festivals alike.

Tibor's background in biology, gardening and mixology was another spark for Shimmerwood. From playing around with cocktail bitters and fruit shrubs, Tibor has been the foundation of R&D for all the flavors of Shimmer Seltzer. After 4 years of retail sales and management at Tesla, Tibor began to look for his next opportunity which ultimately became Shimmerwood.

Co-Founder Chuck Mascari was diagnosised almost a decade ago with systemic sclerosis, an autoimmune disorder affecting the skin and internal organs. It threatened his enjoyment of general activities as well as his life. After months of chemotherapy and then years of opioid prescriptions for pain management he decided to try alternative medicine and treatment. Now off of opioids, and using CBD and THC to manage pain, Chuck pursues his passions while working to promote a holistic approach to fitness and life. Creating Shimmerwood has given him and many like him an opportunity for a more holisitic choice on their health.

A native New Englander, I’ve always had an affinity for outdoor activities like biking, hiking, fishing and snowshoeing. These are some of the many reasons I love and live in New England. Almost a decade ago a diagnosis of systemic sclerosis, an autoimmune disorder affecting the skin and internal organs, threatened my enjoyment of these activities as well as my life. After months of chemotherapy and then years of opioid prescriptions for pain management I decided to try alternative medicine and treatment. Now off of opioids, and using CBD and THC to manage pain, I pursue my passions while working to promote a holistic approach to fitness and life. 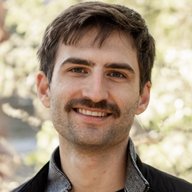 Co-Founder, VP of Sale and R&D

I’ve always been interested in the great outdoors, the field, the beach, the vernal pool, everything about it is so amazing. Foraging local herbs and flavors in the field, coming up with new ways to make classic flavors these are my passions. New England offers so many options, what’s not to love?Making a crafted seltzer started in my kitchen. Testing flavors with friends and family to see what they liked. This is all personal to me. I couldn’t think of anything I’d rather be doing. Adding CBD seemed like the natural thing to do. Now I can be the designated driver and still drink a craft beverage. 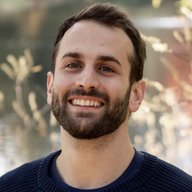 Throughout my career to date, my focus has always been on connecting with people and providing a service and product that leaves them happier than before. I have been fortunate enough to receive a strong education at both UMass Amherst and New York University specializing in marketing strategies surrounding campaigns that bring people together.After spending 2 years living in New York, while it was a phenomenal experience, I missed the beauty and relationships I built throughout New England. Whether it’s skiing down the mountains in the winter, or hiking up them in the spring, I love the outdoors. My love for the environment is channeled into how I operate my daily life, by reducing, reusing, and recycling as much I can. Along with enjoying a beer on the mountain, you can find me nerding out to the latest tech advancements, I’m particularly partial to virtual reality, so come find me in the next virtual concert you attend!

You must be signed in as a media user to .
Sign Up today to interact with Shimmerwood Beverages and hundreds of other media-ready brands.