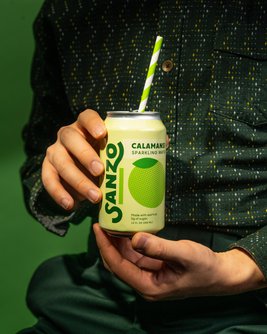 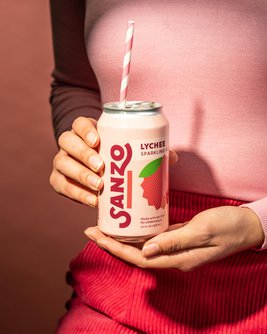 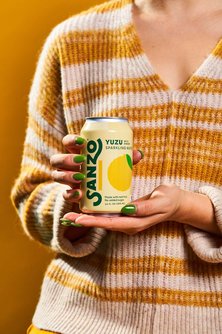 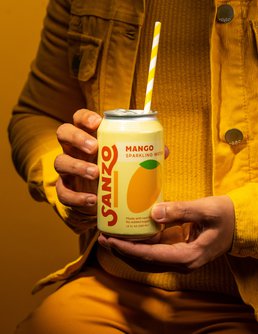 Sanzo is the first Asian-inspired sparkling water born to deliver beverages that bridge the gap between beloved Asian flavors that represent over 60% of the world’s population and clean, modern labels. Each can of Sanzo is made with real fruit and zero added sugar, artificial, or natural flavors—a complex yet refreshing antidote to sugary and preservative-heavy labels of legacy Asian and American brands.

Currently offering Calamansi, Lychee, and Mango-flavored sparkling water, Sanzo represents an invitation to both traditional and pop Asian culture—a true extension of the ubiquitous influence the region continues to have on a global scale. Launched in 2019 by Sandro Roco, a Queens-born Filipino-American on a mission to bridge the best Eastern and Western cultures.

Sanzo is inspired by a multitude of watershed cultural moments: the success of several blockbuster films directed by or starring Asians and Asian-American Pacific Islanders (AAPIs), the rise of Korean pop music, and the ubiquitous influence of Asian popular culture on a global scale. Sanzo’s goal was to create a beverage that represented this bridging of cultures, East and West. The first Asian-inspired sparkling water, Sanzo celebrates high quality Asian flavors using real fruit and no added sugars, artificial or "natural" flavors.

Sandro Roco is the founder of Sanzo – the first Asian-inspired sparkling water brand that celebrates the unadulterated flavors of Philippine calamansi, lychee from Thailand, and Indian Alphonso mango. A former nuclear power plant engineer raised in New Jersey, Sandro first began embracing his Asian American identity in his twenties through the portal of food; specifically, the restaurant career path of David Chang and the Southeast Asian travels of Anthony Bourdain. With newfound confidence in his Asian American and Filipino American identities, Sandro moved to Queens to connect with the borough his parents had first immigrated to from the Philippines. When Sandro’s career at a tech startup wasn’t quite fulfilling his passions, he took note of the increasing popularity of sparkling water in the office and embarked on his entrepreneurial journey with Sanzo. Sandro developed the recipes for calamansi, mango, and lychee in his Queens kitchen, and the flavors you taste today are the same as his very first formulation.

You must be signed in as a media user to .
Sign Up today to interact with Sanzo and hundreds of other media-ready brands.