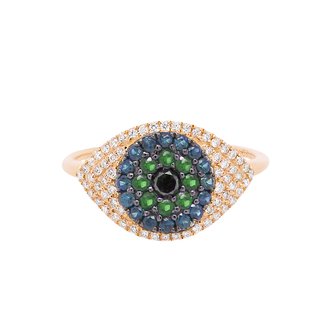 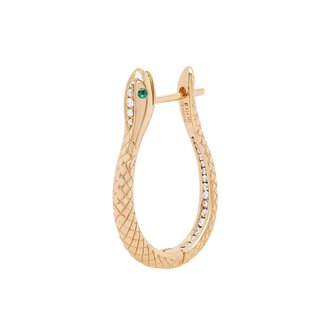 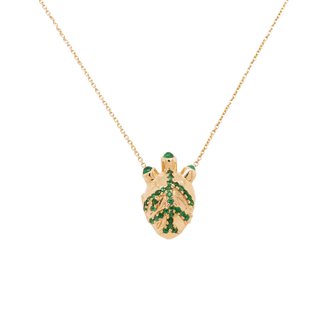 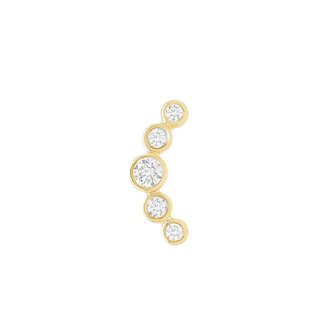 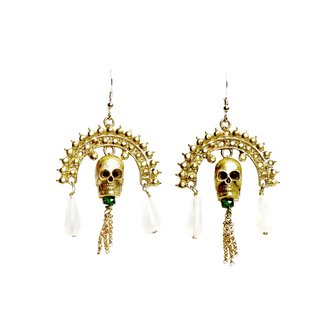 "Porter Lyons, the jewelry and accessories brand created by Ashley Lyons Porter in 2012, is rooted in the idea of conservation of culture through design. Porter, whose family roots in New Orleans stretch back to the 1860’s, aims to preserve its rich culture and unique lifestyle through her designs. Her creations focus on the many elements – artistic, natural, and spiritual – that shape the city’s fascinating character and luminous appeal.

The history of New Orleans is steeped in mysticism and spirituality, and Porters’ designs allude to this, channeling the surreal and unforgettable aspects, such as the hauntingly beautiful bayou and the traces of voodoo that can be found throughout the city. Porter draws inspiration from locally sourced materials, such as crocodile vertebrae, and works to transform unusual elements into statement pieces that are simultaneously ethereal and deeply rooted in nature." - Live Fast Magazine

Each collection gives back to various localized non-profits which support human rights, children’s education, and our environment. With its flagship store in the heart of New Orleans' French Quarter, the brand is coveted by a cult following and celebrity clients including Taylor Swift, Jessica Alba, Cameron Diaz and Jennifer Lawrence

"Porter Lyons was launched in 2012 by Ashley Porter, originally as an exotic skin belt line, with the idea of preserving culture through design. Porter, who grew up near San Francisco, took a circuitous route to designing jewelry in New Orleans. Her link to New Orleans is a good story, too. Her grandmother, Olga Lyons, was born in New Orleans and is descended from the Lyons family, which traces its history in the city back to the 1860s. Civil War veteran Isaac Lyons started his pharmaceutical supply business in 1866 in New Orleans.

After moving to New Orleans and launching her accessory brand focused on alligator belts, she found an alligator backbone she wanted to make into a necklace. In the process, she taught herself casting. She began to experiment with other raw materials plentiful in New Orleans, like agate, Louisiana’s state mineral. The jewelry collections she designs seek to preserve the mysticism, uniqueness and lifestyle of the people and places around her. From “Backbone” to “Voodoo,” each piece’s design reflects New Orleans’ people, environment, animals, history and spirituality. She incorporates locally sourced materials, including alligator bones, in her jewelry. Moving beyond sterling silver and gold-plated jewelry, Porter debuted her first fine jewelry collection, Crescent City, in October 2016, in solid 14K gold." - In Store Magazine

California native and GIA certified, Ashley Lyons Porter followed her family roots to New Orleans to attend Tulane University, where she studied marketing and studio arts, then stuck around for a master’s degree in finance. After that, she moved to Los Angeles for a job with Merrill Lynch. In L.A., she also earned an associate’s degree from the Fashion Institute of Design and Merchandising, where a school project inspired her to design alligator belts with Louisiana in the back of her mind. Next stop on the career ladder was New York, where she worked for Ralph Lauren and Balenciaga.

After feeling disconnected from the end consumer at a large corporation, Porter moved back to New Orleans to continue on with alligator accessories, which grew into the jewelry brand Porter Lyons. She started off selling her pieces in art markets, trunk shows, on her website, and through a local warehouse. Ashley opened up her flagship location in the heart of the French Quarter in 2016, and has since opened a mobile mirror-clad tiny house as a pop-up jewelry store and art installation.

You must be signed in as a media user to .
Sign Up today to interact with Porter Lyons and hundreds of other media-ready brands.