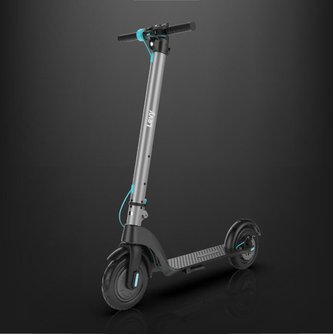 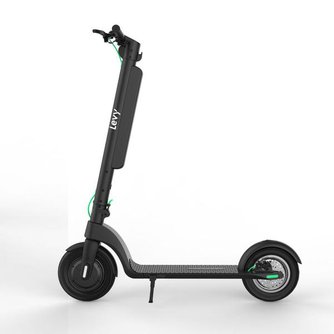 Levy Electric is transforming urban mobility with uniquely designed, built-to-own electric scooters. Based on New York, we are one of the leading US-based companies designing lightweight electric vehicles. In addition to direct sales, we also have recently launched a B2B platform that allows independent operators a turnkey solution for launching their own rental fleets using Levy vehicles and software.

Eric started Levy Electric right around the time that shared electric scooters first launched in California in 2018. He was using them to commute to and from his job as a design engineer in San Francisco and quickly became obsessed with this new mode of transport and the freedom it allowed him in moving around the city.

Determined that personal ownership was a better path forward for regular commuters, he set out on purchasing his own but quickly realized the options were limited. Bulky, over-priced, low in quality, and without any company backed support. There weren't any great brands that stood out to him as leading innovation in consumer electric scooters.

This led Eric to set out on his own in designing a lightweight, foldable electric scooters made for the everyday user - the first of its kind with a swappable battery system.

Three years later, the team at Levy Electric is known not only for their affordable, well designed electric scooters - but also for their best in class support team and network of repair centers they have built out across the US, an often overlooked up but critical aspect of owning and electric scooter.

You must be signed in as a media user to .
Sign Up today to interact with Levy Electric Scooters and hundreds of other media-ready brands.