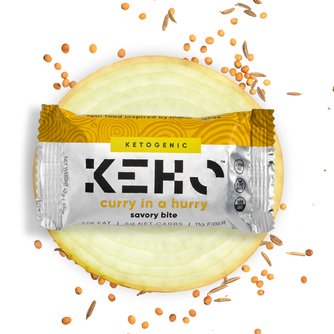 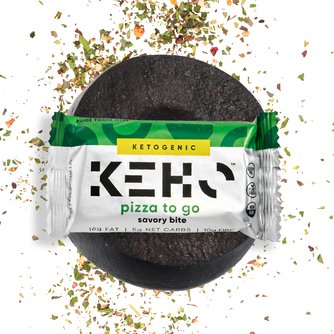 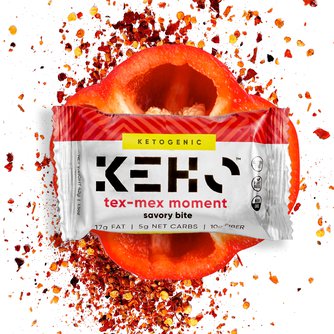 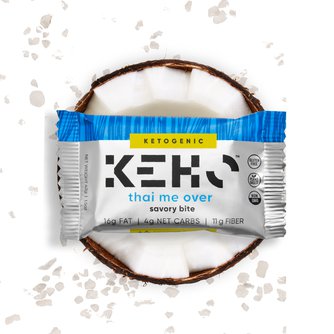 KEHO is the first ketogenic snack bite brand that is made from whole, plant-based foods. KEHO takes real sit-down food, inspired by four of the most popular global cuisines, and turns them into a plant-powered snack food. KEHO's (nutri)licious snacks bites are available in: Curry in a Hurry, Tex Mex Moment, Pizza To Go and Thai Me Over; ($23.75/box of 6). Each bite is a mini-meal, made from rocking recipes with real, whole ingredients such as: premium nuts, nutritious veggies, salad-quality oils and real herbs & spices. KEHO tastes good because real food, tastes good. True to its name, KEHO being Finnish for "living human body", is on a real food mission and never uses fake flavorings (artificial or natural), is gluten free and is Non GMO Certified.

Keto is hard, especially if you don't eat meat. KEHO Founder, Tekla Back, struggled to find real foods to snack on that were aligned with her healthy lifestyle choices of following a keto diet and being a pescaterian.

A self-proclaimed terrible cook, Tekla was forced to depend on so called ‘nutrition’ bars until she realized that they have an average of 2.5 tsp of sugar and that most bars are held together with honey, or eggs i.e., animal products. Keto- specific bars are full of fake fibers and sugar alcohols that can have unfortunate side effects, like chicory toot. Tekla also prefers savory flavors over sweet ones, limiting snack options even further. Most savory snacks are in the form of a chip (potato, corn, name your veggie) and typically are offered in salt/flavor (BBQ, cheddar) in a bag. Once again, limiting options to carb based snacks. The few keto alternatives e.g., jerky or cheese sticks are animal based. That leaves nuts, which gets boring fast and nut butters, which are not nice in your pocket after a day of ski touring.

Not a cook, Tekla was known to compile in the kitchen; eating random combinations of things to hit her macro and nutrition needs. KEHO evolved over time from multiple snack experiments and doing endless keto math. The final flavors are the most ordered plant-based meals off seamless and the spice mixes are developed from analytics of the most popular recipes online. KEHO is geek gourmet - balancing a huge amount of nutrition and food science with real tasty food.

Tekla Back is CEO and Founder of KEHO and is a nutrition nerd hungry for positive change. Her interest in nutrition started back in varsity crew where she coxed lightweight rowing, and excelled at getting down to weight for competitions. She was a champion calorie counter.

Tekla has been in the food and beverage space for 20+ years. Most recently as senior executive at PepsiCo, a Fortune 50 behemoth, that is the largest Food & Beverage Company in the US and second largest in the world. Her work there focused on transforming the product portfolio to healthier. Tekla represented PepsiCo as the World Economic Forum Strategy Officer, and at the Clinton Global Initiative plus was nominated by the Aspen Institute for the Henry Crown Fellowship twice. Much of the nutrition work underpinned PepsiCo UN Sustainability Goals.

At 40 she was made SVP and in a classic mid-life crisis she did what many dream off. She quit and spent a year traveling, ski touring the continents and meditating on her purpose. During this time Tekla discovered keto, through fellow physicists and she became obsessed. Tekla thought she knew everything about nutrition and especially about sugar, having worked in the heart of it. So she set out to educate herself and analyze the impact of it on human health. From this came the bold goal of (ob)literating obesity. Ob as in get rid of, and literate as in improve nutrition education, by making positive change easy.

Previously, Tekla spent a decade with McKinsey & Co, where she focused in grocery retail. She has a doctorate in Physics from Oxford University and an Associate Degree in Fashion Design from FIT. Originally from Finland, Tekla followed the American Dream to live and love in New York.

You must be signed in as a media user to .
Sign Up today to interact with KEHO and hundreds of other media-ready brands.