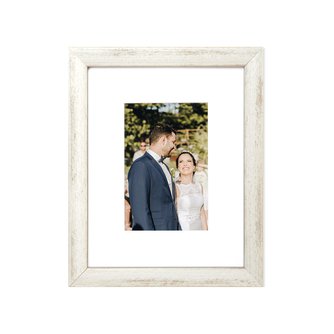 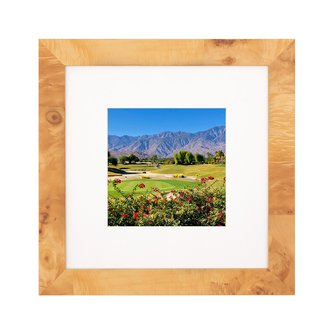 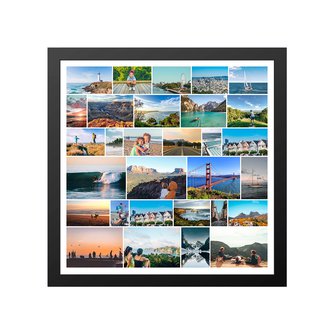 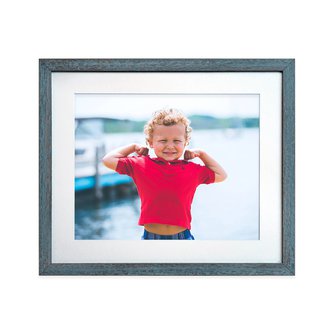 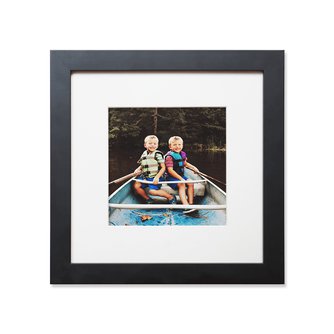 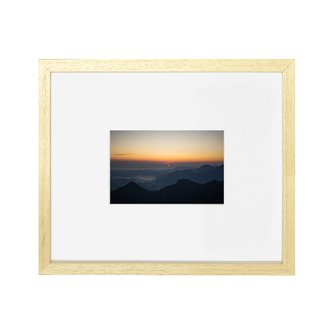 Keepsake is the ridiculously easy way to turn the photos on your phone into beautifully framed prints. In 2015, founder and CEO Adam Weiss set out to design an app that made framing simple, fun and affordable. Six years later, Keepsake has framed hundreds of thousands of photos and is the highest-rated framing app in the App Store.

Keepsake makes physical framing as fun as posting a photo on Instagram. There are hundreds of frame sizes and styles to choose from, from modern to rustic hardwood frames, plus wrapped canvas options. Each Keepsake is individually handmade at our studio in Lexington, Kentucky, and prices are friendly on the wallet too, with mini frames starting at just $19 and most designs under $49. Keepsake is the only app that makes it easy to order gallery walls right from your phone. In 2021, Keepsake introduced a new collection of stylish gallery walls including “Symphony” ($267), a trendy triptych with three offset matte frames. Whether shopping for the perfect gift or decorating your home, Keepsake believes that if a photo makes you happy, it deserves to be framed.

In 2015, Adam Weiss took a great picture of his friends holding hands on a hike in California. He thought a framed photo of the special moment would make the perfect gift, but custom framing options were too expensive and complicated. So he set out to design an app that made framing simple and affordable, launching the Keepsake app.

He partnered with a workshop in West Virginia known for its high quality and craftsmanship, which allowed Keepsake to deliver a premium product at a friendly price. Today, Keepsake has framed and delivered hundreds of thousands of photos and even the New York Times was "impressed by how fast, affordable, and good-looking Keepsake's framed photos are."

Adam Weiss is originally from Hartsdale, New York. In 2006, after graduating from the University of Virginia with a BA in philosophy and physics, he moved to New York City and began exploring various career paths.

Adam quickly discovered a love of entrepreneurship and started his first web-based business, Spotster, in 2009. From that experience, he realized that the future was mobile and spent the next few years teaching himself how to code, when the idea for Keepsake struck in 2015.

Today, Adam both leads Keepsake as CEO and continues to design the Keepsake app. He is obsessed with making Keepsake the most fun and easy way to frame a photo.

Adam currently lives with his wife and young son in Seattle, Washington.

Byrdie - Jan 11, 2023 The 50 Best Valentine’s Day Gifts for Her
Martha Stewart Living - Jan 06, 2023 The Best Online Framing Services
Seventeen - Oct 25, 2022 47 Personalized Gifts That Show How Much You Truly Care "While it seems like an impossible task to find gifts for your loved ones that are: A) unique and personal, B) actually useful, and C) not insanely expensive, we've found the answers to your gift-giving problems."
Apartment Therapy - Oct 19, 2022 This Genius Art Hack Is the Cheapest Way to Get Luxe-Looking, Unique Artwork
Brides - Jun 17, 2022 The 26 Best Father's Day Gifts to Show Your Love
bobvila.com - May 31, 2022 The Best Online Framing Services of 2022
The Real Deal by RetailMeNot - May 18, 2022 12 Father’s Day Gifts Under $50
The Strategist - May 04, 2022 It’s (Almost) Too Late for Shipping, But These E-Gift Cards Will Arrive on Time for Mother’s Day
RetailMeNot - Dec 29, 2021 The 5 Best Places to Order Framed Prints Online
Spy - Nov 18, 2021 After Using These Online Framing Services, We’re Never Going To a Frame Store Again
Glamour - Oct 05, 2021 22 Photo Gifts That Make For a Totally Unique Present
Best Products - Oct 03, 2021 The Best Online Framing Services For Your Art And Prints
BuzzFeed - Sep 16, 2021 50 Home Products That Are So Good, You'll Wonder If You're In Your Own House Once You Buy Them
Scary Mommy - Aug 04, 2021 The 20 Best Gifts For Couples Who Already Have Everything
Scary Mommy - Jul 23, 2021 Clutch Your Pearls! We Found The Best 30th Anniversary Gifts
The Strategist - May 01, 2019 We Ordered 7 Different Picture Frames to Find the Best Online Service
Business Insider - Oct 19, 2018 I Tried A Photo Framing Service That Can Turn Any Digital Photo Into A Beautifully Framed Print For Under $30 — Here's How It Works
New York Times - Aug 02, 2017 Using Tech Tools to Do Data Reporting

You must be signed in as a media user to .
Sign Up today to interact with Keepsake and hundreds of other media-ready brands.