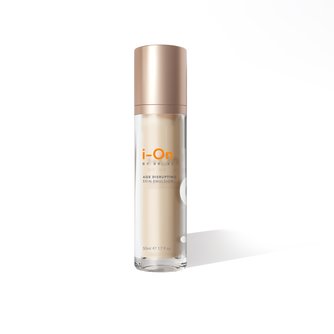 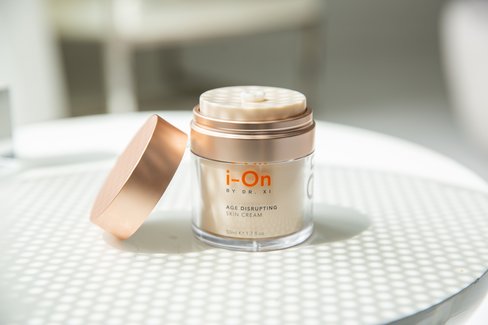 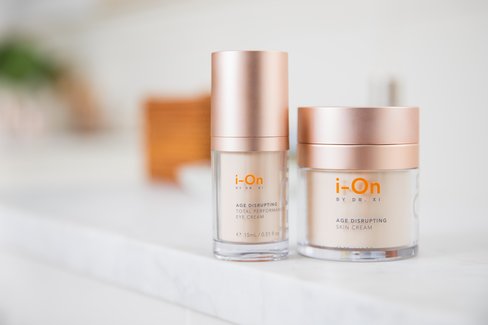 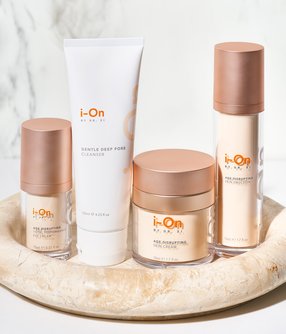 As we age, we buildup iron on the surface of our skin which is known to produce free radicals that cause visible signs of aging. i-On's patented DII® Technology with Vitamin C and pearl powder is the only cosmetic product on the market to remove excess iron from the surface of the skin. i-On's mission is to help achieve skin’s healthiest appearance.

i-On products are sold directly on the brand's website and on Nordstrom.com.

Founded by Dr. Xi Huang, one of the world's leading researchers on the correlation between iron levels and health, i-On® Age Disrupting Skincare is a groundbreaking beauty brand featuring proprietary technology stemming from over a century of research. After finding that iron overload, caused by the cessation of menstruation after menopause, is a leading cause of visible skin aging, Dr. Xi developed the cornerstone of i-On® Age Disrupting Skincare: De-Ironizing Inducer (DII®) Technology, which does what no other cosmetic skincare product can do. It removes iron from the surface of the skin before it is converted to skin-damaging free radicals. 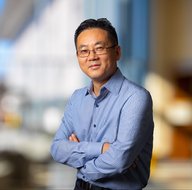 With work credited in more than 80 publications, Dr. Huang is one of the world’s leading researchers on the correlation between iron levels and health. As part of his extensive research, Dr. Huang found that excess iron is an important risk factor in women’s health. In studying the implications of high iron build up during and after menopause, Dr. Huang discovered that the amount of ferritin (an iron storage protein with a capacity of binding up to 4,500 molecules of iron per molecule of ferritin) accumulated in the skin increased by 40% during the 10-year transition period from pre-menopause to post-menopause. Knowing that skin is the largest organ of the human body and the human body can only excrete iron through menstruation and desquamation (skin peeling), he focused his next phase of research on whether the higher levels of iron were caused by the cessation of menstruation or hormonal changes, ultimately proving that excess iron caused by the cessation of menstruation is a root cause of skin aging.

Having established iron in ferritin as a key root cause of skin aging, in 2012, Dr. Huang began the difficult work of developing a topical product that could remove excess iron from skin without affecting the essential iron needed by the body. Building upon some of his earlier discoveries around iron levels and health, Dr. Huang developed De-Ironizing Inducer (DII®) Technology, which does what no free-radical antioxidant can do: reduces the iron to a form capable of exfoliation, releases the iron from ferritin, the iron binding protein in skin, removes the iron naturally before it can cause skin rusting, repairs previous past damage, and rebuilds collagen, clarity, elasticity and tone to restore skin’s healthy appearance.

Dr. Huang’s early work—for which he earned master’s and PhD degrees in toxicology and applied pharmacology at the Université Paris VII—focused on environmental and occupational medicine in which he identified bioavailable iron in coals as a major active compound in black lung disease. It is in this work that Dr. Huang made the important discovery that calcite naturally found in certain coals, such as those from Utah and Colorado, inhibits the bioavailability of iron, resulting in lower incidence of black lung disease. This discovery of a compound able to safely inhibit the harmful effects of iron helped lead to the creation of DII® Technology.

In addition to leading FE:I Beauty Tech, Dr. Huang is an active participant in the research and innovation communities. He has been a reviewer for more than 30 peer-reviewed journals, including The Lancet, among the most respected and influential medical journals in the world, and Proceedings of the National Academy of Science and Cancer Research. He also serves as the chief technology officer of Ex Vivo Dynamics, Inc., where he guides the development of a medical device that will improve blood transfusions. 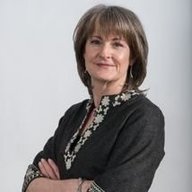 Missy Godfrey brings a deep understanding of consumer behavior and product innovation to her role as CEO of FE:I Beauty Tech, Inc. Previously, Missy held entrepreneurial CEO roles at companies like SocialFlow, Only Good News and SpaFinder Wellness, where she also served on the board of directors for more than a decade. A proven problem solver and strategic thinker, Missy’s foundational corporate experience includes product launches for Saks Fifth Avenue, American Express and Hearst.

Missy received a Bachelor of Science degree in consumer merchandising and retailing management from Skidmore College.

Patch - Nov 30, 2022 Pick the Perfect Present with our Holiday Gift Guide "Fashionista, foodie or techie? Here is a guide for everyone on your list"
Trend Hunter - Oct 12, 2022 Lightweight Deep Pore Cleansers "Skincare brand i-On preps users for its patented, proprietary DII®Technology—which "removes excess iron from the surface of the skin"—with this deep pore cleanser. The lightweight formulation, which is also extremely gentle, is considered to be one of this year's best skincare products by ALLURE."

You must be signed in as a media user to .
Sign Up today to interact with i-On Age Disrupting Skincare and hundreds of other media-ready brands.