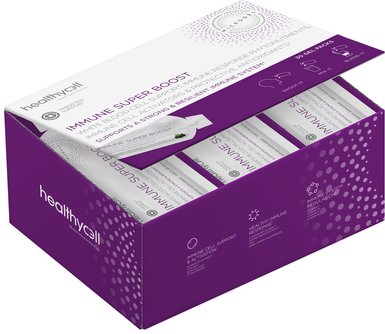 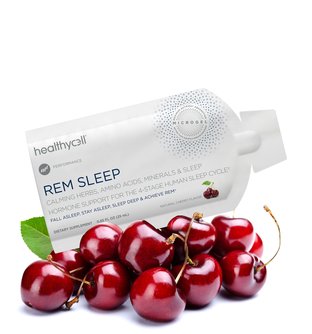 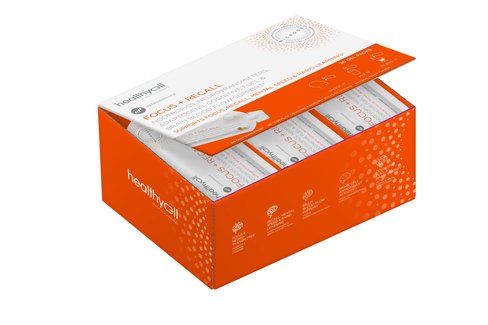 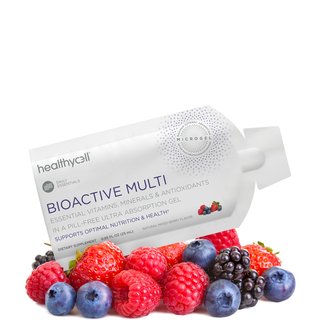 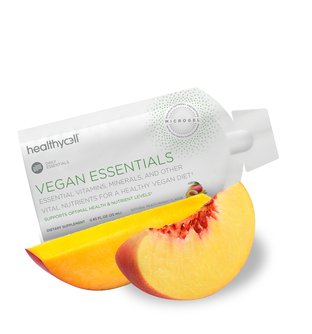 Healthycell is an advanced nutrition company helping people reach their potential through optimized health. It uses clinically proven, patent-pending ingestible gel technology called MICROGEL™ to deliver nutrients they can absorb (165% more absorption than tablets) and results they can measure in a pill-free experience they love. Their great-tasting dietary supplement gels are taken straight from the gel pack, mixed into drinks, or blended into smoothies.

The dietary supplement industry uses the same pill-form delivery technologies that were in existence in the 1930s, back when we were using rotary phones! Since then, companies in other industries have gone through many evolutions in how they deliver their products. For example, the music industry went from delivering music through records to 8-tracks to cassettes to CDs to mp3s, and now streaming. Supplement industry delivery technologies have not kept pace with innovation in other industries, even with a real need.

More than 240 million Americans take supplements daily in pill form, but poor nutrient absorption means the promised results are rarely achieved. Nutrients in pill form are mostly solid particles that are 10 - 100x too big to absorb (similar to fine sand). In addition, 40% of Americans have difficulty swallowing pills.

The reason for this lack of innovation is that the industry has focused on lowering COGs, ease of manufacturing, and longer shelf life, instead of innovation. Healthycell is now closing the innovation gap.

Bridgit holds a Master of Science degree in Nutrition and Food Science and has 13 years of teaching experience in health education. She uses her background in education to help educate customers and serves as the Customer Experience Manager for Healthycell.

Katie has a degree in Nutritional Science and Dietetics from Rutgers University, and she is a certified health coach via Precision Nutrition. She managed Healthycell customer service for five years and has now moved into the role of Director of Corporate Training. She completes the product training curriculum, onboards and trains retail staff at independent and chain retail stores. 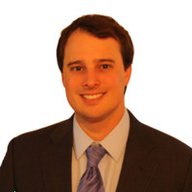 Douglas is a founder of two companies in different industries: one in sustainable real estate development and the other in human nutrition. In 2015, he stepped into the CEO role of a life sciences company he previously founded three years earlier. He assembled a capable and passionate team, launched the Healthycell brand, and built it from the ground up. With the team's help, Douglas successfully raised additional equity capital and debt, managed operations, led marketing, fostered R&D, and grew the company beyond break-even. They continue to grow the company with our innovative MICROGEL™ technology (launched in 2018) as a new platform for dietary micronutrient delivery - a step-change in the way 240 million Americans take nutritional supplements every day, especially for those who are pill-averse. 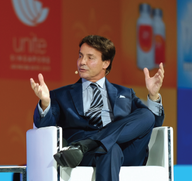 Dr. Giampapa recently received a nomination for the Nobel Prize for his groundbreaking stem cell research, as well as the Edison Award for the Healthycell nutritional supplement for cell health. He was also awarded the A4M Science & Technology award for his development of the BioMarker Matrix Profile – the first computer program to measure aging.

Dr. Giampapa has been a keynote speaker at several international forums, most recently at the Vatican in Rome for the Second International Vatican Adult Stem Cell Conference, and the Swedish American Life Science Summit in Stockholm. He recently appeared on The Science Channel special, Stem Cell Universe with host Steven Hawking and The Healing Miracle of Stem Cells documentary. Dr. Giampapa has been featured in various national magazines, radio and television including CNN and WABC-TV, Fox news, Geraldo Rivera, Joan Rivers, Phil Donahue, and Anderson Cooper 360.

Dr. Giampapa is published in numerous academic journals including the Annals of Plastic Surgery, the Journal of Plastic and Reconstructive Surgery, The Journal of Reconstructive Microsurgery, The Journal of Anti-Aging Medicine, and the Journal of Stem Cells and Development. He is the author of the first and only medical textbook on Anti-Aging Medicine and Age Management. He has also authored 5 books for the general public on the topic including; Breaking the Aging Code (Basic Health Publications) and The Anti-Aging Solution: 5 Simples Steps to Looking and Feeling Young (Wiley), The Gene Makeover, The 21st Century Anti-Aging Breakthrough, Quantum Longevity, and Pro-Hormone Nutrition-Optimum Aging & Maximum Health Span with Nature’s Hormone-Enhancing Nutrients, and Younger Today, coauthored with Carol Alt.

Dr. Giampapa served as a consultant for NASA for the space shuttle robotic arm. He has filed or been awarded, over 24 patents from the United States Government for unique cell culture delivery techniques, stem cell reprogramming, new drug delivery systems, and surgical instrument designs. He has been a medical consultant to Allergan Medical (NYSE: AGN), Medicis Pharmaceutical Corporation, and Sanofi-Aventus (NYSE: SNY). He also served as a consultant for stem cell applications and their use for Neostem Inc., an international biopharmaceutical company (NASDAQ: NBS).

He received his M.D. degree from Mt. Sinai Medical School in New York, New York and continued his medical training in plastic surgery at St. Lukes and Columbia Presbyterian Hospitals in NYC. Upon completion of his plastic surgery training, he completed a year of microsurgery and hand surgery at NYU Medical Center. He is a Fellow of the American College of Surgeons. Dr. Giampapa has served as Research Fellow for such other prestigious institutes as Columbia Presbyterian Medical Center in New York City and was the Director of Microsurgery and Re-plantation Surgery at the University of Medicine and Dentistry of New Jersey. He is a founding member of the American Academy of Anti-Aging Medicine, (A4M). Dr. Giampapa served as the first President of the American Board of Anti-Aging Medicine. He is also one of the first Board Certified anti-aging physicians in the world.

He continues to use his 34 years of research and surgery experience, creating stem cell technologies, especially for their applications to aging disorders, as well as cosmetic and reconstructive applications.

Jill is a former Executive VP for New Hope Natural Media (the natural product industry's largest trade organization), Renew Life Formulas, and Co-founder of a children's drink company. With 25 years of experience in the natural products industry, she successfully built sales teams that have hit sales goals with each company. She leads independent and chain retail sales growth for Healthycell and manages distributors UNFI and KeHE.

OTHER - Nov 20, 2022 November 2022 Discoveries & Gift Ideas From The "Paltrobox" Team
OTHER - Nov 15, 2022 YouTube Mention
MindBodyGreen - Aug 27, 2022 These Innovative Vegan Multis Deliver Vitamins, Minerals, Omega-3s & More "Plant-based diets continue to grow in popularity."
Daily Mom - Jul 22, 2022 Good Health & Nourishment Awaits You in 2022 for the Best Summer Yet "Summer is here but that does not mean you should stop trying to improve your overall health and wellbeing. Good health and nourishment can mean the difference between an exciting, energy-packed summer, and an exhausted, tiresome one. Launch into this summer with nutrient-packed tools under your belt."
Beauty News NYC - Jul 03, 2022 Health & Fitness: Healthycell Microgels with Clean-Ingredient Phytonutrients

You must be signed in as a media user to from Healthycell and interact with hundreds of other media-ready brands.