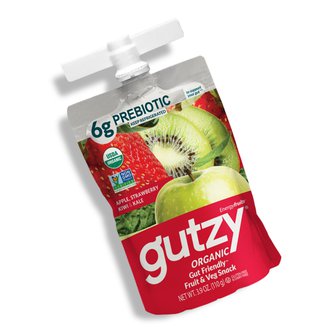 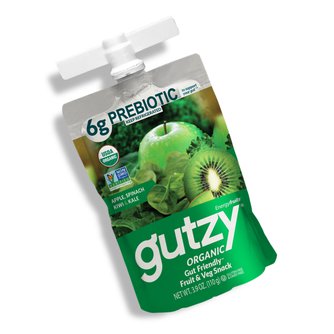 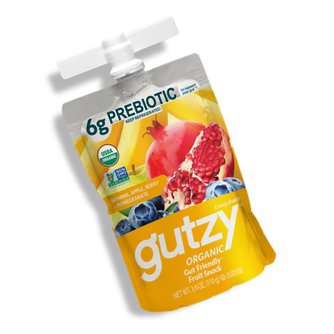 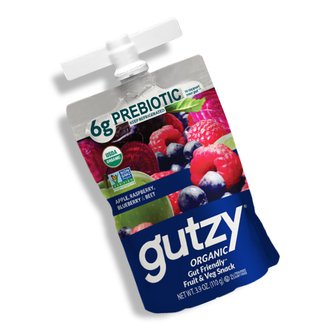 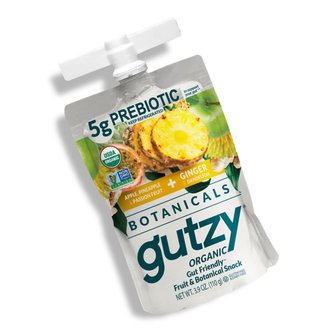 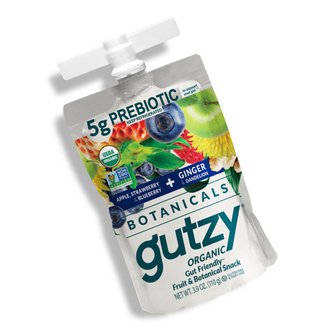 Gutzy Organic uses only the purest, highest grade of prebiotcs straight from the sap of the Senegal Acacia tree in order to ensure that your microbiome gets the highest quality gut food it needs to thrive daily! The name is at the center of everything Gutzy stands for: gut health, embracing challenges and never quitting on dreams. When asked 'what's in our name', they say EVERYTHING.

Gutzy was born at a low point in David Istier's life. He was struggling with his business, which led to a series of health problems. He met with a herbalist in NYC's Chinatown and learned about the power of plants to heal, the importance of gut health and the role it plays in overall well-being. He read everything he could find on the subject and then put it all into practice by radically altering his diet to make sure he was feeding his gut wholesome plant-based foods and fibers. After just a few weeks, there was a complete positive transformation in his health: glowing skin, improved digestion and feeling lighter and more energized .

The missing ingredient? Prebiotics - a special form of dietary fiber that feeds the good bacteria so they thrive and multiply while decreasing the harmful bacteria in our gut! A single ingredient with a tremendous functional purpose. He knew he could not be the only person that had gone through this, so he started his personal mission to bring wellness to the world through organic, plant-based and gut-healthy foods.

David's experience of being on the brink of bankruptcy and failure and not giving up gave new meaning to what he was doing – he had realized the importance of being gutzy. 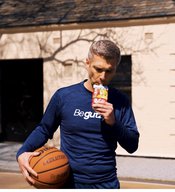 A native of France, David always followed his own dreams. Growing up in a time and area where football (soccer) was the sport of choice, David was captivated by basketball. His hoop dreams led him to follow everything related: following the titans of the sport, including Magic Johnson and Michael Jordan, and an interest in the basketball capital of the world – America. His focus and commitment led to an opportunity for him to play at a college in Southern California. It was at this point that he was determined to come back to work and live in the US.

His professional career started in the UK, working for a few large, multi-national CPG companies. David built a reputation as a strong marketer with a talent for business development that earned him an invitation to come to the US and launch the first fruit pouch for kids. That’s when he got the idea to launch what would become gutzy organic. David’s passions include healthy living and continuing to learn about the connection between nutrition and health.

You must be signed in as a media user to .
Sign Up today to interact with Gutzy Organic and hundreds of other media-ready brands.