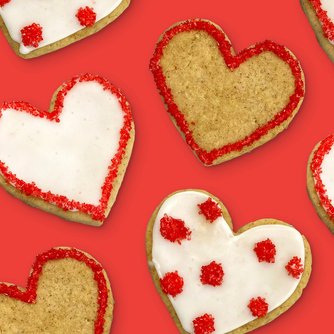 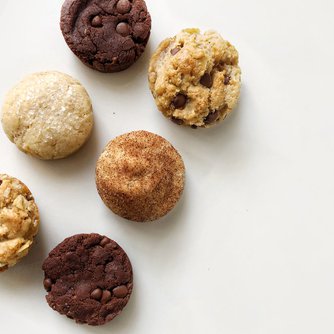 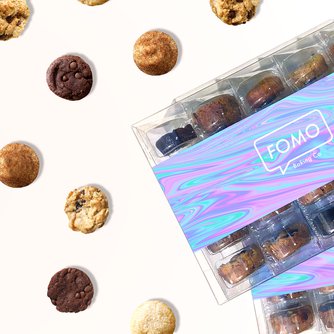 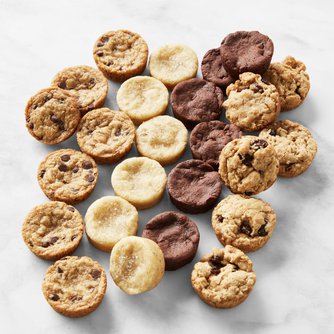 Brittany Baker quit her job as a lawyer to start FOMO Baking Co so that nobody would have to have "FOMO" about desserts again due to allergies or dietary restrictions. All of FOMO Baking Co.'s products are fresh-baked, small-batch baked-to-order sweet treats with a rich taste and soft, moist and chewy texture that belies the fact they contain none of the top food allergens: Gluten, dairy, egg, peanut, tree nut and soy. They are also free of preservatives and any artificial ingredients. They are baked in a dedicated commercial kitchen so there is no cross-contamination and are shipped nationwide.

The best part is, they taste so good that even those without restrictions will love them too - so everyone can treat dessert as the social, inclusive experience that it is and no one has to be left out.

When Brittany was diagnosed with celiac disease in 2012, during her second year of law school, "gluten" was not yet the buzzword that it is today. She discovered that it was very difficult for her find something that was safe to eat but also appetizing. Brittany spent countless holidays, birthdays and special occasions missing out on delicious desserts that everyone else was savoring. When she tried desserts labeled “gluten free”, she often got sick because of hidden ingredients or cross-contamination due to being baked in establishments not dedicated to gluten-free products.

After speaking with numerous friends and family members, it became clear that those with celiac disease weren’t the only ones that suffered from these risks of dining out or from purchasing baked goods.  The marketplace was filled with vegan-friendly treats or nut-free treats or gluten-free treats, but there was very little that was fresh-baked, delicious and safely enjoyable for those with more than one dietary restriction or allergy. While companies, and especially bakeries, have begun to address a number of the most common allergies, many of their products were (and are) made in shared communal kitchens, which bear the risk of cross contamination.

Brittany believed that there had to be a fun and delicious dessert that could address all of the major allergies. This belief led to the founding of FOMO Baking Co. Countless hours were spent baking and perfecting FOMO’s cookie cake, cookie bite and brownie bite recipes – to make sure they are absolutely delicious!  FOMO ships directly to your door, nationwide, because Brittany wanted everyone to feel like they had access to their own safe, local bakery.

FOMO Baking Co. was created to be a safe space where people suffering from allergies and other food intolerances could safely enjoy a fun and delicious dessert – and no longer have the Fear Of Missing Out.  Furthermore, those without allergies or dietary restrictions would enjoy the cookies and brownies so much, that they wouldn’t feel like they were sacrificing to be able to all share one dessert.  FOMO Baking Co. has built a brand new and state of the art allergen-free kitchen from scratch so that everyone who enjoys FOMO Baking Co. products knows that they can do so without the fear of reacting.

You must be signed in as a media user to from FOMO Baking Co. and interact with hundreds of other media-ready brands.