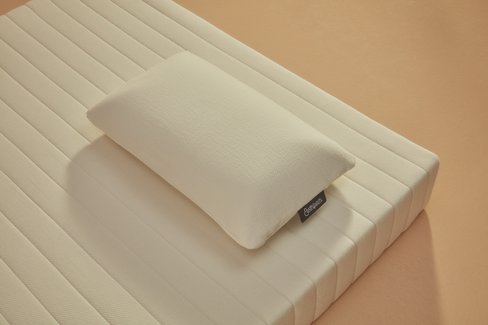 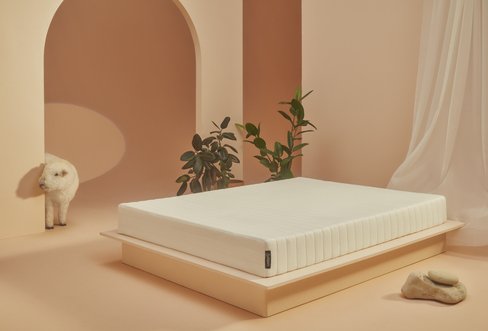 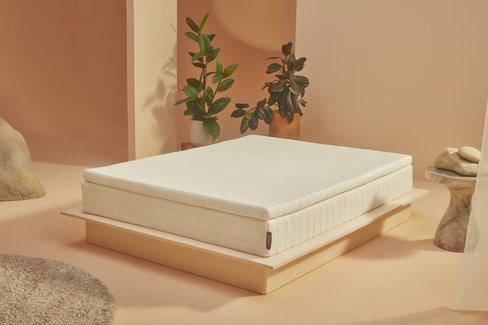 Earthfoam is the sustainable sleep brand that raises the standards of quality, comfort, durability, and transparency within a misunderstood category. An independent, family-owned company, each of their certified organic and fair-trade mattresses, pillows, and mattress toppers feature earthfoam, which is a pure design of natural rubber layered with breathable wool and soft quilted cotton.

With six environmental and social impact certifications backing up their production and quality standards at launch, Earthfoam hedges against greenwashing to deliver an honest product. The company works directly with the farmers along its supply chain to ensure quality and care at every stage of production – even going so far as to build its own earthfoam processing factory in Sri Lanka from the ground up when they were unsatisfied by the lack of transparency offered by existing natural rubber suppliers.

Equal parts art and science, form and function, Earthfoam takes a first principles approach to building a more sustainable and inspired sleep brand by prioritizing ethical sourcing from tree and sheep to shop and sleep.

Karl Shevick was first introduced to natural rubber, the key component of natural, high-quality bedding foam, in the mid-2000s after getting his start in the manufacturing industry at a contract sewing company. At the time, he was manufacturing and selling high-end beanbag chairs and eventually shifted his focus to latex foam completely, beginning with foam mattresses toppers sold under the brand name Sleep On Latex. In 2013, he secured the company's first warehouse space in Illinois; a year later, his brother Ezra joined the company to support operations, later becoming the company’s COO, and they expanded the product line to include mattresses.

The company quickly gained a community of dedicated customers passionate about the benefits of sleeping on latex and received accolades from respected organizations including Consumer Reports. However, despite this success, Karl and Ezra found themselves frustrated by the lack of a transparent supply chain and consumer miseducation about what, exactly, mattresses are made of.

Using their existing industry connections, they partnered with Januka Karunasena, a Sri Lankan entrepreneur with nearly two decades of experience in the natural rubber industry in his native Colombo. Together they established their owned and operated natural rubber processing factory where they focus on an end-to-end sustainable supply chain and manufacture their own material – dubbed “earthfoam.”

With ethically and environmentally-focused production at the core, they created an entirely new sleep brand geared toward a wider audience and designed to artfully communicate their points of differentiation with quality testing –– and certifications to back it up. The result is Earthfoam, a new, sustainable sleep brand on a mission to bring quality, durability, and transparency to a misunderstood category. 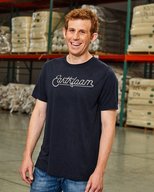 CEO and Founder of Earthfoam and Sleep On Latex

Karl Shevick is the CEO and Founder of Earthfoam, a sustainable sleep brand that raises the standards of quality, comfort, durability, and transparency within a misunderstood category. An entrepreneur at heart, Karl got his start in the contract sewing industry where he gained manufacturing expertise and was connected with suppliers that first introduced him to latex foam and its merits. In 2013, he officially founded Sleep On Latex, a foam mattress company that he continues to run with his brother, Ezra. After years of building industry connections and a transparent supply chain, Earthfoam combines a pure design and ethically and environmentally-focused production to deliver on its promise of giving customers the sleep dreams are made of.

After graduating with a degree in Science and Information Technology, Sri Lanka native Januka Karunasena worked for IBM Storage Solutions before transitioning into the natural rubber sector where he has managed international business development for over 18 years. Together with Karl Shevick, CEO and Founder of Earthfoam and Sleep On Latex, Januka worked to develop the world’s biggest Organically Certified (GOLS) small holder rubber farming group in Sri Lanka and became the world’s first Fair for Life Certified centrifuge latex and foam rubber manufacturer. With his manufacturing experience of foam rubber, Januka focuses on producing superior quality organic and sustainable latex foam rubber for Earthfoam. 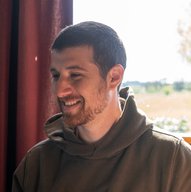 COO of Earthfoam and Sleep On Latex

Ezra Shevick is the COO of Earthfoam, a sustainable sleep brand that raises the standards of quality, comfort, durability, and transparency within a misunderstood category. With a background in Business Administration, Ezra has collaborated with his brother Karl on several entrepreneurial ventures. After graduating from Chico State he worked as a Front End Supervisor at Whole Foods for two years. In 2013, he helped Karl launch Sleep On Latex, a foam mattress company that they continue to run together today, where he oversees the warehouse operations and systems. 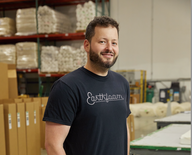 Michael Mitzman is a Brooklyn-based designer and art director. Prior to joining Earthfoam as its creative director, Michael worked with Rivian to design the first generation version of their mobile app.

Originally from Indianapolis, Michael moved to New York in 2010 and spent much of his early design career working with iris NY creating digital experiences and campaigns for a variety of clients. Moving on from there he started what would turn into a 7-year freelance career working with a wide range of agencies and clients, taking on projects where he can mix creativity and technology to create richer systems and experiences. In his free-time, he enjoys being disappointed by the Indiana Pacers, figuring out new ways to lovingly annoy his wife, and taking long evening strolls with his dog, Pork Chop.

You must be signed in as a media user to .
Sign Up today to interact with Earthfoam and hundreds of other media-ready brands.