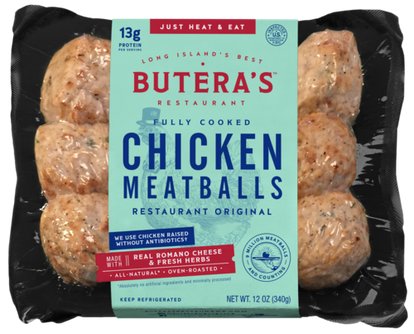 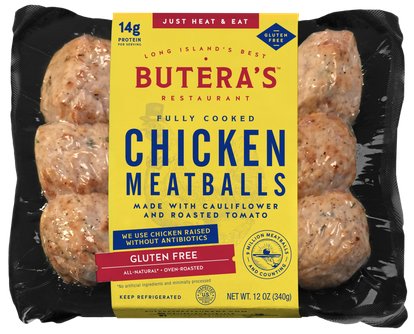 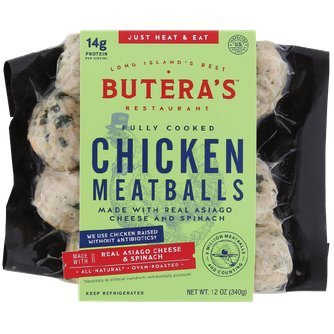 Butera's is a family-owned Italian restaurant based on Long Island, with locations in Sayville, Woodbury and Bayshore. For over 30 years, Butera's has been a staple in their communities, serving their signature dish - Butera's Chicken Meatballs, which comes in different forms/recipes.

About 5 years ago, Butera's decided to take their "sig dish" national and package and sell their best selling recipe in a retail capacity. After months of testing and packaging prototypes, they finally figured it out.

Now, Butera's Chicken Meatballs are sold in over 200 stores across the Tri-State area. They have three different flavors of refrigerated fresh, fully-cooked, packaged chicken meatballs and our restaurant style jarred marinara sauce.

Owners, Martin and Gary Butera, first-generation Italian-Americans and native Long Islanders came of age working at their father’s pizzeria. It was an unpretentious spot where you could get a slice and a soda on the run, typical of the neighborhood in those days. This was where their passion for food began and their food education started. Little did they know what an indelible impression those days behind the pizza counter would make.

Years later, after college and working in the corporate world, brothers Gary, Martin and Martin’s wife, Laurie realized that food and the “food world” was where their true passion lied. 1991, Gary, Martin and Martin’s wife Laurie opened the doors to their first namesake restaurant with the vision to create a local establishment serving family-style Italian fare with their own modern touch.

When it was time to create the restaurant menu, it was important to honor their heritage while putting their own imprint on beloved Italian classics.

You must be signed in as a media user to .
Sign Up today to interact with Butera's Fine Foods and hundreds of other media-ready brands.