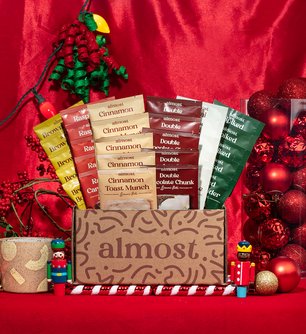 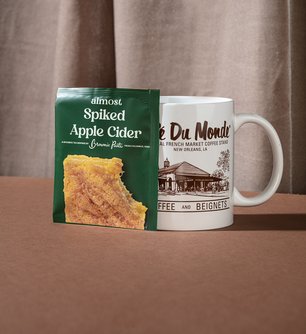 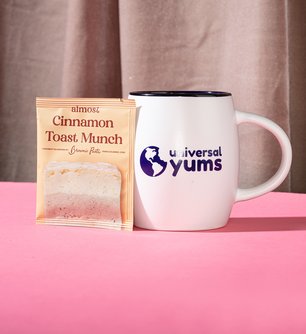 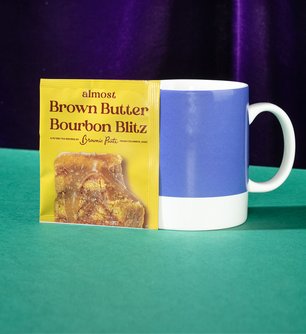 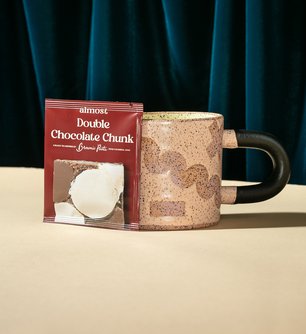 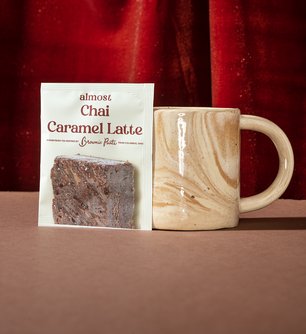 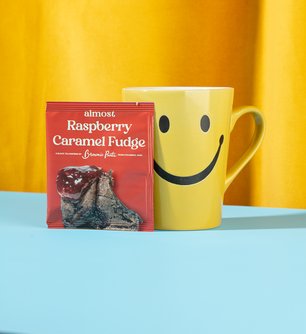 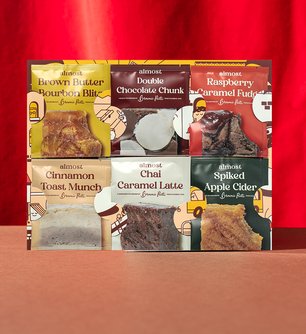 Almost is making the world's most crazy creative teas, inspired by a different dessert maker every month. Taking an innovative approach to tea development, Almost partners with a different regional dessert maker every month to inspire their custom-developed blends and bring awareness to American small businesses. Each limited-edition monthly drop features six never-before-seen blends, each one with the stamp of approval from the dessert-maker who inspired it.

Almost is committed to helping customers tame their sweet tooth in a way that's as interesting, satiating, and fun as eating a great dessert. Almost teas are calorie-free, gluten-free, and sodium-free, with no added sugar or artificial sweeteners.

In 2014, Monique Zauner met the man who would end up being her husband. Three months after they met, they started their first business together, Universal Yums. Universal Yums sends a box of snacks and candies from a different country every month. Cool idea! It’s about the most fun business you could ever start, except there is this one small downside, which is - if you have a very massive sweet tooth, you’re going to struggle having a warehouse full of EVERY CHOCOLATE IN THE ENTIRE WORLD.

About five years into running Universal Yums, Monique started drinking a cup of tea whenever she had the urge to go into the warehouse for her second chocolate bar of the day. It worked! Monique drank lots of chamomile tea and by the 34th cup she turned to her husband and said, “Why can’t I try more interesting tea? I’ve had mastic candy and haggis chips! So why do we only get Earl Grey or sleepytime tea? Zzzzz.”

Say hello to Almost Tea. They're making the world’s most crazy creative teas, inspired by a different dessert maker every month. For their first month, they partnered with Brownie Points, a sisters-in-law-owned company from Columbus, Ohio. Almost turned their coolest flavors into INCREDIBLE, zero-calorie, no-artificial-sweeteners, TEA.

With Almost Tea, Monique Zauner becomes a second-time entrepreneur in the DTC food space. In 2014, she and her husband, Eli, co-founded Universal Yums, the beloved international snack box from a different country every month. Bootstrapped from an initial $8,000 investment, Universal Yums has gone on to ship over 5 million snack boxes with over $100 million in lifetime sales. When she isn't drinking tea, Monique enjoys writing and bearing witness to the underappreciated joys of light fixtures with her 15-month old son.

Recognized on Forbes 30 Under 30 for his first venture, Universal Yums, Eli Zauner becomes a second-time entrepreneur with Almost Tea. In 2014, he and his wife, Monique, co-founded Universal Yums, the beloved international snack box from a different country every month. Bootstrapped from an initial $8,000 investment, Universal Yums has gone on to ship over 5 million snack boxes with over $100 million in lifetime sales. When he isn't drinking tea, Eli enjoys playing tennis and performing ribbon dances for his 15-month old son.

You must be signed in as a media user to .
Sign Up today to interact with almost and hundreds of other media-ready brands.