Check out our roundup of the coolest crowdfunding projects and product announcements that hit the Web this week. You can’t buy this stuff yet, but it sure is fun to gawk!

The Moto G (2015) hasn’t quite lived up to the 2014 Moto G but we’ll show you how to squeeze every last drop out of your of your phone with these tips and tricks. 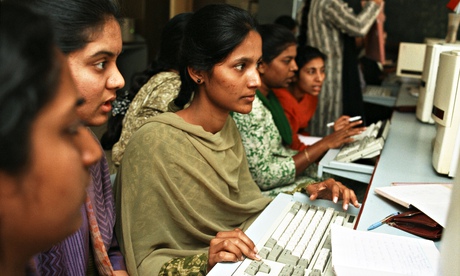 In Geek Heresy, computer expert Kentaro Toyama warns against our over-reliance on technology and explains why people, not smart tools, are the key to social change

When Microsoft programmer Kentaro Toyama was sent by his employers to India in 2004, charged with using technology to improve education, he expected to swoop in armed with gadgets and effect whizzy social change. It didn’t quite pan out like that. Toyama had some early successes at Microsoft Research India, including the invention of a device that allowed multiple mice-wielding pupils to control one computer at the same time. (MultiPoint, a problem-fixer for classrooms that had too few computers, won awards.) But he quickly came to see that technology was not the “magic cure” export his employers – and, indeed, many in Silicon Valley – seemed to expect.

In his new book, Geek Heresy: Rescuing Social Change from the Cult of Technology, he writes that this was “hard to take. I was a computer scientist, a Microsoft employee, and the head of a group that aimed to find digital solutions for the developing world. I wanted nothing more than to see innovation triumph… But exactly where the need was greatest, technology seemed unable to make a difference.” He worked in schools that had been given computers but had no tech support, the broken-down hardware quickly ending up stacked in cupboards. He watched teachers struggle to cope with screen-enthused kids, for whom “a computer was less a help, more hindrance”.

We carry more and more of our personal data in our smartphones but how should we protect our devices against loss and theft?