Grand Theft Auto V and GTA Online players on the Xbox One and PlayStation 4 will soon receive a comprehensive set of in-game filmmaking tools as part of a forthcoming title update, publisher Rockstar announced this week.

The smartphone specs war is at an end: OEMs have called a ceasefire and all that’s left is fine-tuning critical areas and adding increasingly pointless differentiators.

UK startup Wileyfox has announced two new smartphones running the popular Cyanogen 12.1 ROM, named the Storm and Swift. Both will be available for under $350 and come with premium specifications. 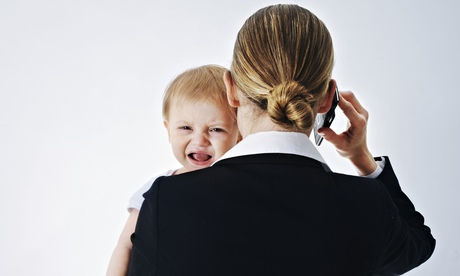 I was interested to read Stuart Dredge’s discussion of whether tablet computers are harming children’s ability to read (Are tablet computers harming our children’s ability to read?, 24 August). It’s an important subject, but it might be useful to note that there has never been a new technology of communications that wasn’t presumed to have negative effects, particularly on the young. Sometimes, however, one is reminded that there are perhaps other ways of thinking about how technology affects children. I’ve been doing a lot of background research for an essay examining the possible social, cultural and, crucially, neurological effects of smart technology on children – it’s all still a bit vague (worth remembering that these smart technologies are new, the iPad only coming on to the market in 2010, so research is playing catch-up). Then a new perspective emerged from a surprising source. I was talking to a childcare worker, who said that she had been doing an exercise with a young girl using a booklet called You’re One of a Kind, in which the child responds to questions such as “your favourite colour/animal?” or “how tall/old are you?”. One question was: “What do you want to be when you grow up?” The child replied: “I want to be a phone so that my parents will pay more attention to me.” A four-year-old’s brutal judgment on adult absorption with technology.
Professor Michael Tracey
University of Colorado at Boulder

• The threat of the new toilet app described in Jeff Sparrow’s article (Wipe right: toilet app Looie forces movement of ‘sharing economy’ towards privatisation, 21 August) is not only of privatisation but also of the imposition of a “Silicon Valley transaction tax” on the everyday activities of people around the world. Last year, on booking an apartment in Spain through Airbnb, I realised I and the apartment owners were paying a hefty percentage to Airbnb, PayPal and MasterCard, not to mention Microsoft and Google. Also, why should buying a used mobile phone on eBay in the UK fund hot tubs in California? Where are the European alternatives to Airbnb, Visa, eBay and Google? Time for a bit of real competition.
Scott Wilson
St Andrews, Fife

Night Dive Studios announced that it will issue “modernized versions” of the landmark Nintendo 64 first-person shooters Turok: Dinosaur Hunter and Turok 2 for PC platforms via Steam, GOG, and other online storefronts.

The revamped Xbox One version of Crystal Dynamics’ Tomb Raider will be available as a free download in September for Xbox Live Gold subscribers as part of the ongoing Games With Gold program.

Want to play the hit game Hearthstone, but don’t quite know where to begin? Check out our essential guide for beginners, which covers all the basic tips and tricks you need to get started.

The post The essential beginner’s strategy guide to Hearthstone (and The Grand Tournament) appeared first on Digital Trends.

Lenovo might be planning to merge its own mobile division into Motorola, allowing the executives of its subsidiary, which it acquired in January 2014, to call the shots in the mobile market.

The post Two become one: Lenovo plans to merge its mobile division into Motorola appeared first on Digital Trends.