While virtual reality is capturing the imaginations of gamers and developers the world over, augmented reality is the technology that Epic Games founder Tim Sweeney sees as the most forward-thinking.

China-based company Huawei leapfrogged Microsoft in Q2 2015 to become the world’s third-largest smartphone vendor, according to Strategy Analytics. The firm gained sales mostly at the expense of Microsoft, which saw weakness in its Lumia business. 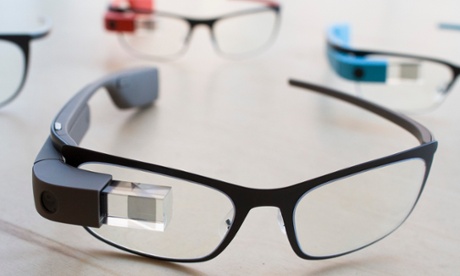 Head-mounted wearable computer is returning to the market, but this time aimed squarely at business users rather than consumers

Google has quietly resurrected its wearable computer, Glass, as an enterprise-focused device aimed at industries such as healthcare, manufacturing and energy.

The unannounced relaunch, reported by the Wall Street Journal, could be followed a year later by a new consumer version. But for now, the device is aimed exclusively at business customers who gain immediate value from having a head-mounted display, and bypass many of the issues experienced by consumer users, particularly the privacy concerns sparked by wearing a head-mounted camera in public places.

Welcome to another AndroidPIT deals roundup. Today we’ve got some great offers from a Motorola UK sale, with some coupon codes. Check out this and other deals here.

If you thought that Terraria was already on every platform in existence, you were close, but no cigar. The game is getting closer though, as it is coming to Nintendo’s Wii U and 3DS systems in early 2016.

The post Get busy digging or get busy dying: Terraria coming to Nintendo Wii U, 3DS in 2016 appeared first on Digital Trends. 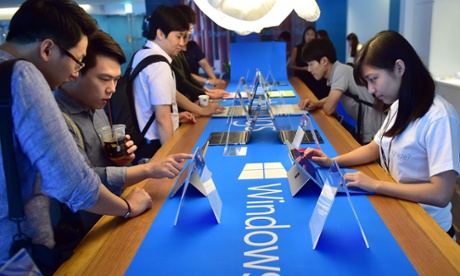 From personalised ads in Solitaire to an address book-reading personal assistant, some users are unhappy with Windows 10’s approach to privacy

Windows 10 is under attack over default settings which users say compromise their privacy, just days after the operating system’s successful launch saw more than 14 million installs in the first 24 hours.

Hundreds of commenters on sites such as Hacker News and Reddit have criticised default settings that send personal information to Microsoft, use bandwidth to upload data to other computers running the operating system, share Wi-Fi passwords with online friends and remove the ability to opt out of security updates.

The RBS banking group has revealed it suffered a cyber attack on its online services that left customers struggling to log on for nearly an hour – just as monthly pay cheques were arriving in accounts.

The group, which boasts 6.5m customers under the NatWest, RBS and Ulster brands, said it was the victim of a deliberate surge in internet traffic, called “Distributed Denial of Service”. This floods a company’s site with millions of requests, potentially bringing it to a standstill. The “distributed” version of a cyber attack involves thousands of computers under the control of one attacker.

Personal finance journalist Lewis sold 9m shares at £2.80, reducing his stake in the website from 3.1% to 1.5%

Martin Lewis, the personal finance journalist, has made £25.2m after selling a large portion of his shares in the price comparison website Moneysupermarket.com.